They’re Back: The Poltergeists in the Kansas Senate Renew their Attack on Education

Two Kansas legislative leaders who have been attacking Kansas education for over a decade through their wars on teaching about sex and evolution are back.  Their threats drove the Regents’ policy destroying academic freedom and tenure. 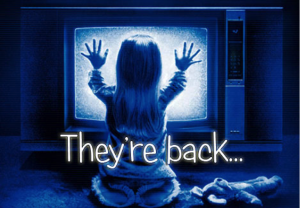 Poltergeist:  A ghost that manifests itself by noises, rappings, and the creation of disorder – from the German Poltern (to make noise) and Geist (ghost).

I have written two prior columns (here and here) explaining how the Kansas Regents casually ended academic freedom and tenure in their universities with no notice to or participation by the faculty.

END_OF_DOCUMENT_TOKEN_TO_BE_REPLACED

Essays in Monetary Theory and Policy: On the Nature of Money (9)

“Money is what we use to pay for things.” This quote from Lerner (1947, p. 313) is the simple answer to the question: “What is money?” But in order to get an answer to the question of the nature of money we have to go further into the theory and consider two different approaches: the orthodox and the heterodox approach. In the following essay the answers of both approaches to the questions of the nature of money will be discussed and after that implications for policy making will be made. Therefore, this essay will start with a short excursion in which the two different stories of the history of money will be given.

END_OF_DOCUMENT_TOKEN_TO_BE_REPLACED

Essays in Monetary Theory and Policy: On the Nature of Money (8)

What is the nature of money?

Money is a medium of exchange, a store of value, and a unit of account as described below:

In an important sense our task throughout this monograph has been to develop a theory of the nature of money. When asked “What is money?”, most people respond – quite reasonably – that money is used to buy something. This gets at money’s use as a medium of exchange, which is of course the most familiar use. If pressed further, most would also say that money is something one can hold as a store of value. Indeed, economists recognize money as the safest and most liquid store of value available, at least outside situations with high inflation, when money’s value falls rapidly. Some people will also mention the use of money to pay something down, debt, with money used as a means of payment, or means of final settlement of contractual obligations. Finally, if we ask people “How much is that worth?” – pointing to just about anything- a common response would be to evaluate with in terms of money, this time acting as the unit of account used to measure wealth, debt, prices, economic value. (Wray, 2013)

END_OF_DOCUMENT_TOKEN_TO_BE_REPLACED

Year-In-Review for NEP and MMT

Another year has come to pass, and we at NEP would like to offer our sincere appreciation to all of you, our readers. NEP was launched in the summer of 2009 when Stephanie Kelton, Randy Wray and Bill Black teamed up to offer commentary and policy advice about the most dreadful economic meltdown of our time. Many of you have been with us from the beginning – engaging us in the comments section, challenging us to do more, and spreading our ideas beyond NEP – and some of you have even joined us as contributors. A lot has happened since 2009, and we could not have achieved all that we have without your support. So thank you!

Before we turn the page on another year, we’d like to take a moment to look back on some of our proudest moments from 2013.

END_OF_DOCUMENT_TOKEN_TO_BE_REPLACED

Essays in Monetary Theory and Policy: On the Nature of Money (7)

The debate surrounding the nature of money is an impassioned one. Our understanding of money and the policy implementation based on our beliefs differ momentously. Have our policies reflected a true understanding of how money functions in a modern society, and have these policies worked?  In order to answer this, it is first necessary to explore what money is. This typically depends on how you think money came into existence, what money is used for, and how money functions in the modern economy. The way that one incorporates money into a discussion of macroeconomics is arguably what indicates their economic background and beliefs.

END_OF_DOCUMENT_TOKEN_TO_BE_REPLACED

Essays in Monetary Theory and Policy: On the Nature of Money (6)

Money is “what we use to pay things”. In order to be efficient it needs to be generally accepted. (Lerner, 1947) The question arises how this general acceptability gets created. The true origin of money will never be known for sure. (Wray 2005, p. 3) Still, the heterodox and the orthodox view established different explanations for the nature of money.  These theories will be explained in the following and a recommendation for policy making will be made.

The orthodox approach goes along with the exogenous theory of money. It sees money as a neutral thing, which evolved out of barter and is not determined by the real economy. This paragraph explores this nature of money from the orthodox view.

END_OF_DOCUMENT_TOKEN_TO_BE_REPLACED

Variation in Fossil Fuel Dependency Among Developed Countries and Degrowth

As action is required today and in the near future, though, it is reasonable to assume that production will be organized via some form of a capitalist organization of firms and the motivation of economic actors to achieve monetary profits/savings.  In the period of transition to a new energy economy, the government sector and budget will play an enlarged and leading role in financing and regulating the transition.

Targeting net degrowth over a period of years, perhaps a decade, might or might not inhibit the development of the “greener” sectors of the energy and transport economy exactly because these sectors have to play “catch-up” in the area of infrastructure.  The most secure way to build out these sectors in terms of minimizing technology risk, is to deploy renewable energy generators, some on a vast scale, heavy and light electric rail infrastructure, electric road and other grid-tied systems not dependent on advances in battery technology or availability of moderately scarce elements like lithium.  These systems require as construction materials emissions-intensive steel and concrete on a very large scale.  Innovations may cut these emissions substantially though in the foreseeable future not completely.   Various commercial interests are claiming they have a breakthrough on the energy storage or generation side which would diminish the need for these investments but currently there is no certain alternative to the creation of some massive earthworks.

END_OF_DOCUMENT_TOKEN_TO_BE_REPLACED

Essays in Monetary Theory and Policy: On the Nature of Money (5)

The nature of money has been a discussion entailing ongoing debate between historians, philosophers, and economists for centuries as Bell (2001) wrote. There is no easy solution to the delineation of almost all aspects of money; from discussions concerning the origins of money to discussions concerning the functions of money to discussions concerning the “proper” policy prescription parameters involving decisions about how to spend government money. This is because money has been defined in various different contexts, as Bell (2001) discusses its ambiguousness as “A numeraire, a medium of exchange, a store of value, a means of payment, a unit of account, a measure of wealth, a simple debt, a delayed form of reciprocal altruism, a reference point in accumulation, an institution, and/or a combination of these”.

END_OF_DOCUMENT_TOKEN_TO_BE_REPLACED

Lately, climate scientists have stepped into the gap where economists have generally feared to tread and have suggested that intentional “de-growth” is the only hope to stop the rising emissions associated with economic development and growth.  No news to anyone who follows developments in climate science, the earth’s climate is facing tipping points beyond which a recognizable human civilization will be almost impossible to maintain due to the expansion of inhospitable or entirely uninhabitable climate zones, destruction of existing human settlements by water and weather, and the destruction of co-evolved species (including food) upon which we depend.  The target of a maximum of 2 degrees Celsius rise in global temperature has been chosen as a difficult-to-achieve but also permissive target, which some think should be 1.5 degrees or less.  One way or the other global warming gas emissions, still on an upward trajectory, need to be reduced and the current upward trend reversed almost immediately.   Climate scientists understandably have been impatient with the response of the social sciences and policymakers to the threats they see present and emerging.

END_OF_DOCUMENT_TOKEN_TO_BE_REPLACED

Essays in Monetary Theory and Policy: On the Nature of Money (4)

Posted on December 24, 2013 by Devin Smith | Comments Off on Essays in Monetary Theory and Policy: On the Nature of Money (4)

Money is a quintessential aspect of our society, however rarely would someone ponder upon and seek to understand what money really is or how it functions in the economy. There are several stories or theories about the origin, nature and functions of money, and both mainstream orthodox and heterodox have different views of how money work. Understanding the nature and function of money is crucial in shaping effective theories of money as well as sound economic policies. In the traditional mainstream perspective, money is neutral in the long run. It serves as a medium of exchange and measure of value. The central bank controls the supply of money, government obtains money from households and firms to spend and excessive government spending would lead to inflation. In the heterodox view however, money is not neutral. It is a unit of account and always a debt. The government as the sovereign issuer of the currency does not have budgetary constraints. It can spend as much as it needs to achieve full employment and price stability. The nature of money and its implications to policy-making will now be examined.

END_OF_DOCUMENT_TOKEN_TO_BE_REPLACED

Comments Off on Essays in Monetary Theory and Policy: On the Nature of Money (4)