What Caused the Crisis?

Click here to read James K. Galbraith’s piece on the causes of the crisis.

Comments Off on What Caused the Crisis?

Historical Perspectives on the Crisis

Posted on June 4, 2009 by admin | Comments Off on Historical Perspectives on the Crisis

Comments Off on Historical Perspectives on the Crisis

Posted in The Federal Government Deficit, The National Debt, Uncategorized

Posted on June 4, 2009 by admin | Comments Off on Monetary Policy and the Crisis

The Crisis: An Overview

Comments Off on The Crisis: An Overview

Posted on June 4, 2009 by admin | Comments Off on US Financial Crisis

The following is a dynamic listing of the latest views and news from UMKC Economics Department Faculty regarding the crisis.

Comments Off on US Financial Crisis

Posted on June 4, 2009 by admin | Comments Off on UMKC Economists on the U.S. Financial Crisis

UMKC economists offer their insights on the current financial crisis, its causes and solutions. Their current views can be found here.

Comments Off on UMKC Economists on the U.S. Financial Crisis

Stephanie Kelton, Ph.D. is Associate Professor of Economics at the University of Missouri-Kansas City, Research Scholar at The Levy Economics Institute and Director of Graduate Student Research at the Center for Full Employment and Price Stability. Her research expertise is in: Federal Reserve operations, fiscal policy, social security, health care, international finance and employment policy.

L. Randall Wray, Ph.D. is Professor of Economics at the University of Missouri-Kansas City, Research Director with the Center for Full Employment and Price Stability and Senior Research Scholar at The Levy Economics Institute. His research expertise is in: financial instability, macroeconomics, and full employment policy. 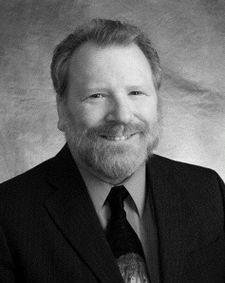 William K. Black, J.D., Ph.D. is Associate Professor of Law and Economics at the University of Missouri-Kansas City. Bill Black has testified before the Senate Agricultural Committee on the regulation of financial derivatives and House Governance Committee on the regulation of executive compensation. He was interviewed by Bill Moyers on PBS, which went viral. He gave an invited lecture at UCLA’s Hammer Institute which, when the video was posted on the web, drew so many “hits” that it crashed the UCLA server. He appeared extensively in Michael Moore’s most recent documentary: “Capitalism: A Love Story.” He was featured in the Obama campaign release discussing Senator McCain’s role in the “Keating Five.” (Bill took the notes of that meeting that led to the Senate Ethics investigation of the Keating Five. His testimony was highly critical of all five Senators’ actions.) He is a frequent guest on local, national, and international television and radio and is quoted as an expert by the national and international print media nearly every week. He was the subject of featured interviews in Newsweek, Barron’s, and Village Voice.

Jan Kregel, Ph.D. is Distinguished Visiting Research Professor at the University of Missouri-Kansas City, former United Nations Financial Expert, and Research Director at The Levy Economics Institute. He worked as a high-level expert at the United Nations, and he is a Life Fellow of the Royal Economics Society. His areas of expertise are: international finance, trade and development, decision-making under uncertainty and Post-Keynesian economics.

Posted on June 4, 2009 by admin | Comments Off on Government Data

Office of Management and Budget

Comments Off on Government Data

Posted on June 4, 2009 by admin | Comments Off on The Financial Crisis Timeline

The Federal Reserve Bank of St. Louis – St Louis Fed timeline – provides information about major financial events and policy responses. They also have a website on the Great Depression timelines.

The Federal Reserve Bank of New York timelines,”Timelines of Policy Responses to the Global Financial Crisis“, have links to press releases, news stories, and data.

Comments Off on The Financial Crisis Timeline