Once rationalism raised the intellectual stakes, Catholics could not go on playing by older, more relaxed rules:  if formal rigor were the order of the day in physics and ethics, theology must follow suit….

In the Library of the Convent of Ste. Geneviève, near the Pantheon in Paris, is a manuscript entitled  Traité de l’autôrité et de la réception du concile de Trente en France.  It describes the struggle, after the Council of Trent, to uproot the “pernicious heresies and errors” of Protestantism, and paints a revealing picture of the intellectual position of the Catholic Church in early 18th-century France….  [I]ts final pages show how far the demand for “undeniable foundations” had made its way into Catholic theology by 1725.  Looking back, the author credits the Council with anachronistic motives, which are intelligible only if already, in the 1570s, it could invoke the principles of a philosophical rationalism that was invented in the 1630s.  The ambition of the Counter-Reformation, it tells us, was “to prove invincibly our most fundamental belief.”

END_OF_DOCUMENT_TOKEN_TO_BE_REPLACED

The ACA was passed in March 2010, incorporating many features designed to meet Republican objections to the Bill. Yet, in the end, Democrats never put Medicare for All on the table, abandoned the public option and many other features, and did not get a single Republican vote in either chamber. END_OF_DOCUMENT_TOKEN_TO_BE_REPLACED

There are at least four principles that virtually all conservatives purport to support – except when the potential defendant is socially elite.  I have written previously about two of these principles on several occasions – the need for accountability and “broken windows” theory that calls for the prosecutors to make the prosecution of even minor street crimes a high priority if they have, even indirectly, a material effect on the community.

The third principle is that it is vital to punish in order to deter crime.  Gary Becker, the very conservative Nobel laureate in economics, emphasized this point (again, in the context of street crime).  Under Becker’s theory of crime our current practices of allowing elite banksters to become wealthy through leading the “sure thing” of accounting control fraud with immunity from the criminal laws will predictably lead to new, larger epidemics of fraud that will continue to cause our recurrent, intensifying financial crises.  It is rare, however, to find a prominent conservative who is demanding a priority effort to prosecute the elite bank officers who ran those frauds.  I know of no conservative member of Congress publicly making that demand today.  Senator Chuck Grassley has previously criticized the Obama administration’s failure to prosecute elite bankers.

END_OF_DOCUMENT_TOKEN_TO_BE_REPLACED

Why Understanding Fiat Currency Matters For Scientists: We Are Being Pitted Against Public Health

Because we’re being played off against food stamps by Republican congressmen:

We’re only asking for a 5 percent decrease [in SNAP] in a time of budgetary crisis, where this is being put up against funding the NIH for basic medical research, this is against putting money into defense.

But this is stupid, since it assumes the federal government can run out of money. It can’t, since it’s a currency issuer. Let’s work through a couple of thought experiments. First, the Mars rover (boldface added):

END_OF_DOCUMENT_TOKEN_TO_BE_REPLACED

The Dilemma of the Cooperative Gene 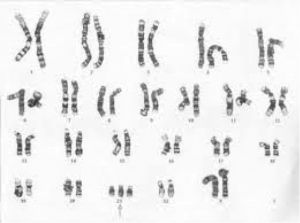 In the simplest terms, at some level the efforts of human society are being directed by the interaction of two genetic predispositions. The first predisposition views society as a loose-knit group of individuals or family units who are competing with each other for scarce resources. The weave of the social agreements that knits these individuals together is for the purpose of establishing and protecting private property rights. Property (the scarce resources) is acquired through competition, and once acquired its ownership is recorded and protected by the judicial and police powers established by the social agreements (the “State”.) In essence, the State has no other purpose.

END_OF_DOCUMENT_TOKEN_TO_BE_REPLACED

Stephanie Kelton interviews L. Randall Wray in the excellent new podcast series from New Economic Perspectives.  The initial part of their discussion deals with the Fed, the “taper” and the inadequacies of monetary policy in dealing with the problems of unemployment and aggregate demand shortfalls. They then turn to a lengthy discussion of the three legs of the stool for retirement security: pensions, private savings and Social Security. Wray makes the point that defined-benefit pension programs have become decreasingly viable as developed economies have changed demographically, and that private savings were devastated by the 2008 financial meltdown and remain at risk as the potential for further financial crises looms. That leaves Social Security, which is under political attack in Washington by the likes of Pete Peterson and his acolytes in both parties.

END_OF_DOCUMENT_TOKEN_TO_BE_REPLACED

Brad Delong recently presented what he impishly called ‘The Seven Cardinal Virtues of Equitable Growth’.  For me, DeLong’s list is a mixed bag.  But there are a few items on the list I would unreservedly endorse.  One is his second virtue:

2. Invest. Invest in ideas, in equipment capital, in structures capital, in education: we need more of all forms of investment. Boost public and private investment: we need both kinds.

END_OF_DOCUMENT_TOKEN_TO_BE_REPLACED

Was money created to overcome barter?

This past May, marked the one hundredth anniversary of A. Mitchell Innes’s (1913) publication of a paper titled, “What is Money?” in The Banking Law Journal.  In it, this British diplomat, then living in the US, reviewed the history and usage of money and its forms in credit and coinage.  On both historical and logical grounds, he asserts that the “modern science of political economy” rests on a series of assumptions regarding money and credit that are “false.”  One of the most important of these assumptions is the belief that “under primitive conditions men lived and live by barter.”  Who should we blame for this false assumption?  According to Innes, it is Adam Smith (1776), the father of economics, who in turn rests his arguments on the words of Homer, Aristotle, and those writing about their travels to the New World.

END_OF_DOCUMENT_TOKEN_TO_BE_REPLACED

The richest eschews a vain parade of wealth

And entertains the poor with friendship and with care

…Where the farmer so rich…the sailor so beloved

The humblest servant as merry as his master

–SIMON STIJL, Rise and Flourishing of the United Netherlands (his description of the Dutch Republic in the 3rd quarter of 18th century)

Every nation has its national mythology, and the Netherlands is no exception.  As Simon Schama points out, many Dutch still see “themselves frozen in the attitudes of Hals’ guild deacons and de Hooch’s interiors, a maritime community of God-fearing burghers dwelling in piety and liberty” (Simon Schama, Patriots and Liberators:  Revolution in the Netherlands 1780-1813).  The rub, however, is this, and again the Dutch prove no exception to the rule:  national mythologies are unfailingly more fiction than fact.