This fourth part integrates the content of the first three parts with the functional finance strategy for fiscal policy.  Warning again—this part is the longest and most detailed of the four. END_OF_DOCUMENT_TOKEN_TO_BE_REPLACED 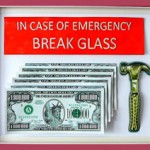 END_OF_DOCUMENT_TOKEN_TO_BE_REPLACED

It is time to come to terms with the fact that U.S. dollars are what economists call “fiat money”. Having acknowledged this—and it’s difficult not to accept it as true since the U.S. abandoned the gold-standard over forty years ago—it might be worthwhile to give some consideration to what “fiat money” actually is and the peculiarities of how it works. END_OF_DOCUMENT_TOKEN_TO_BE_REPLACED 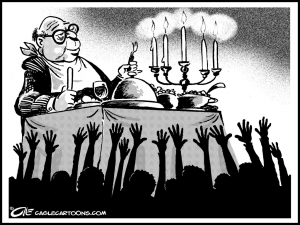 END_OF_DOCUMENT_TOKEN_TO_BE_REPLACED

The Federal Reserve’s three waves of Quantitative Easing since 2008 show how easy it is to create free money. Yet this has been provided only to the largest banks, not to strapped homeowners or industry. Ben Bernanke’s helicopter only flies over Wall Street to drop its money. An immediate $2 trillion in “cash for trash” took the form of the Fed creating new bank-reserve credit in exchange for mortgage-backed securities valued far above market prices. QE2 provided another $800 billion in 2011-12. The banks used this injection of credit for interest rate arbitrage and exchange rate speculation on the currencies of Brazil, Australia and other high-interest-rate economies. So nearly all the Fed’s new money went abroad rather than being lent out for investment or employment at home. END_OF_DOCUMENT_TOKEN_TO_BE_REPLACED