Provoked partly by some recent posts by Paul Krugman, which seem to imply that understanding the institutional structure of the banking system is irrelevant to gauging the effectiveness of the monetary policies implemented by the central bank, questions have arisen again about the relationship between bank lending and bank reserves.  One of the issues raised can be framed by asking, “Do banks lend their reserves?”  And as with so many questions in economics, the answer to this question depends on disambiguating the question, clearly distinguishing parts from wholes, and avoiding fallacies of composition and division.

END_OF_DOCUMENT_TOKEN_TO_BE_REPLACED

The Five Worst Reasons Why the National Debt Should Matter To You: Part Four, Three REAL Reasons

This is the concluding post in a four part series on the “Top” reasons why the national debt should matter. In Part One, I considered “Fix the Debt’s” claim that high levels of debt cause high unemployment and argued that this is a false claim. In Part Two, I followed with a review of the historical record from 1930 to the present and showed that it refutes this claim throughout this period, and that there is not even one Administration where the evidence doesn’t contradict “Fix the Debt’s” theory. In Part Three I showed that the other four reasons advanced by “Fix the Debt” also had very little going for them. In this part, I’ll give reasons why the national debt does matter, and why we should fix it without breaking America, or causing people to suffer.

END_OF_DOCUMENT_TOKEN_TO_BE_REPLACED 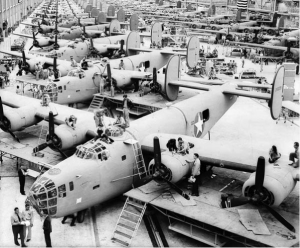