The Dangerous Collapse of Public Enterprise

When economists talk about the role of government in economic recovery, they often focus on the question of whether or not we need more economic stimulus.  They ask whether the government should temporarily change its fiscal policies – its taxing and spending decisions – to add some additional publicly financed spending to the economy and help jolt the private sector back to life.  END_OF_DOCUMENT_TOKEN_TO_BE_REPLACED

Austerity: the Political Struggle over Who Controls the Economy’s Liquidity 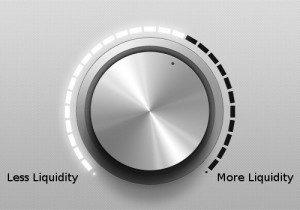 The austerity campaign, a favorite for the last four years of politicians and financial tycoons, remains a seemingly self-contradictory and baffling phenomenon for those who know that it goes against at least 80 years of economic wisdom regarding management of the economy.  The campaign draws on irrational strains and inconsistencies in our economic self-understanding to turn politicians against the welfare of society and the economy as a whole as well as against their own interests as political leaders.  Austerity appears to serve the perceived short-term interests of some sectors of the wealthy and the financial industry but the long-term interests of no one.

END_OF_DOCUMENT_TOKEN_TO_BE_REPLACED

This series provides a framing document for Platinum Coin Seigniorage (PCS). In the five previous parts of the series, I pointed out that there are three classes of opponents of High Value Platinum Coin Seigniorage (HVPCS, $30 T and above). The first and largest group opposes all Platinum Coin Seigniorage (PCS) of whatever type. The second, opposes HVPCS, but favors using the Trillion Dollar Coin (TDC) for the limited purpose of avoiding the debt ceiling. The third, opposes HVPCS, and doesn’t really favor using the TDC either, except, perhaps, as a last resort to avoid the debt ceiling. It favors an incremental approach to PCS beginning perhaps in the millions or billions in face value, and over a long period of time, after giving people years to adjust to Treasury using platinum coins with unusual, and unprecedented, face values, eventually building up to a TDC.  END_OF_DOCUMENT_TOKEN_TO_BE_REPLACED

Roger Erickson brought to my attention a column by Matthew Yglesias that relates to the ethical issues I was discussing in my column yesterday about Yglesias’ ode to GHB (Geithner, Holder, and Breuer’s doctrine of immunity for the largest banks).  (In deference to Yves’ endocrinologist, I am renaming it GBH (Brit-speak for “grievous bodily harm”).