An Economist in Ecuador Gives “William Blake” (sic) a Quiz

Dr. Pablo Lucio Paredes, an economist from Ecuador who served as Planning Minister implementing the Washington Consensus in the disastrous run-up to Ecuador’s 1999 financial crisis has responded to a presentation I made at FLACSO in Quito, Ecuador by publicly announcing a quiz about economics he would like to administer to “William Blake.”  It is easy to spell foreign names incorrectly.  I am happy that the quality of my presentation reminded Paredes of William Blake.  Here is the link to my talk.

Paredes plans to be the grader of his quiz.  The tone of his “letter” to “Blake” makes it clear that he will declare I have failed his test.  He has already provided his conclusion: that I only presented because of my desire to issue “propaganda.”

END_OF_DOCUMENT_TOKEN_TO_BE_REPLACED

I recently did an interview for Euro Truffa on six topics related to Modern Money – MMT.

They are transcribing my interview to Italian and putting up the videos (I think that only two are up so far). However, they have also posted all of the videos to YouTube.

As you can tell, I did not realize they were recording the video—I might have tried to sit still if I had known. Also, the coffee had not quite kicked in so I was not entirely awake. Here are the links with just a brief indication of the topic for each.

END_OF_DOCUMENT_TOKEN_TO_BE_REPLACED

Hoy, a Newspaper in Ecuador, Wants Us to Know How Much It Despises the People of Ecuador

One of the many pleasures that life offers is seeing your critics prove your point.  I got to see this dynamic first hand in Ecuador when I was interviewed by Roberto Aguilar, described as the “Content Editor” of Hoy.  Aguilar’s column, which seethes with hostility and disdain, unintentionally proves the thesis of my talk.

This first installment responding to Aguilar will discuss only the most important points.  I was confused by Aguilar’s column the first few times I read it.  His column is so angry that I wondered what terrible thing I said that caused him such pain.  I focused too much in these early readings on his ad hominem attacks on my looks, my inability to speak Spanish, and my non-elite nature because I teach in “Kansas” (sic) (“profesor de Kansas”).  Aguilar is unable to speak English and does not understand the U.S. system of federalism or he would not write that the University of Missouri is in the state of Kansas rather than the state of Missouri.

END_OF_DOCUMENT_TOKEN_TO_BE_REPLACED

When You Really Look, Financial Quicksand Turns Into Oligarchical BS

Abby Huntsman’s first rant about entitlements soliciting generational warfare got a lot of pushback from defenders. I reviewed the main points made in defense of entitlements, and then added “the most important point of all” as well. Abby made a second try, however, this time singling out Michael Hiltzik’s reply to her to respond to and adding a few more points, while withdrawing a bit from her claim that life expectancy has changed very much for seniors since the New Deal period. Hiltzik took issue with that one too. Let’s review Huntsman’s reply to Hiltzik by analyzing the MSNBC transcript of her second rant against entitlements.

. . . the need for entitlement reform. there was a firestorm of reaction. an article in the ” l.a. times” went as far as to say i want to lead my generation into poverty. come on, man. this isn’t about me. it’s about the major problem.

END_OF_DOCUMENT_TOKEN_TO_BE_REPLACED 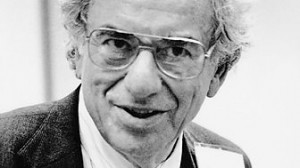 Catherine Rampell offered a theory the other day, in a piece entitled: “Income inequality isn’t about the rich — it’s about the rest of us.” She says:

And then later, she says:

Yes, anti-inequality rhetoric has grown in recent years. But it’s not the growing wealth of the wealthy that Americans are angry about, at least not in isolation. It’s the growing wealth of the wealthy set against the stagnation or deterioration of living standards for everyone else. Polls show that Americans pretty much always want income to be distributed more equitably than it currently is, but they’re more willing to tolerate inequality if they are still plugging ahead. That is, they care less about Lloyd Blankfein’s gigantic bonus if they got even a tiny raise this year.

She proceeds to review polling data to show that this is so, and then advises the 0.1% that if they want to be left alone then “they should probably support policies that “promote the upward mobility of other Americans. . . “ such as Pell Grants, higher minimum wages, and early chidhood education.

END_OF_DOCUMENT_TOKEN_TO_BE_REPLACED

The probability of demonstrating the democratic functionality of MMT/ff economic and fiscal policies in an academic or literate fashion to persuade politicians toward a conversion experience is unlikely. Even with our best communicators speaking in a mass media context or other public forums there are various other factors that need to be examined, such as learning styles and self-interest. Even if the analysis is right and validated by history the politicians will act upon the net amount of political influence supporting one set of policy priorities over another set of interests. When it comes to the influence of campaign contributions, thanks to the delusional decision that money is a form of free speech, the many will be usually outweighed by the few who have the money to buy political influence. While that is the unfortunate law of the land, the advocacy for democratic functionality will usually end up in second place.  However, the actual history of socializing movements suggests that an alternative path is not just possible, but also necessary. Given that the public discourse is also largely occupied by corporate interests, we have to also find different ways to grow a socializing movement other than relying upon public spectacles, such as mass demonstrations of protest and resistance.

END_OF_DOCUMENT_TOKEN_TO_BE_REPLACED

On March 22, 2014, Marc Lavoie of University of Ottawa presented a workshop on Stock Flow Consistent Modeling at University of Missouri Kansas City. Prof. Lavoie graciously provided his slides and they available below the video.

END_OF_DOCUMENT_TOKEN_TO_BE_REPLACED

On March 21, 2014, Marc Lavoie of University of Ottawa presented a seminar on Heterodox and Post-Keynesian Economics at University of Missouri Kansas City. Prof. Lavoie graciously provided his slides and they available below the video.

END_OF_DOCUMENT_TOKEN_TO_BE_REPLACED

The Most Important Point of All Was Ignored

MSNBC’s right wing representative on The Cycle, Abby Huntsman, got a lot of pushback from Social Security defenders after her rant last week. They made points similar to the following in countering Huntsman: