Randy Wray Appears on Beneath the Surface

Posted on January 4, 2013 by Devin Smith | Comments Off on Randy Wray Appears on Beneath the Surface 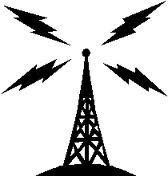 Randy Wray is appearing on Beneath the Surface with Suzi Weissman. The discussion is about the good, bad and ugly of the Fiscal Cliff with Randy  on economic prospects and John Nichols on the political fallout.

The show airs at 5:0o-6:00 pm Pacific on Friday January 4, 2013 on Pacifica Radio – and streamed live from KPFK. It will be archived at KPFK after the broadcast as well.

Comments Off on Randy Wray Appears on Beneath the Surface

From antiquity and for thousands of years, land, natural resources and monopolies, seaports and roads were kept in the public domain. In more recent times railroads, subway lines, airlines, and gas and electric utilities were made public. The aim was to provide their basic services at cost or at subsidized prices rather than letting them be privatized into rent-extracting opportunities. The Progressive Era capped this transition to a more equitable economy by enacting progressive income and wealth taxes. END_OF_DOCUMENT_TOKEN_TO_BE_REPLACED

Another platinum coin surge in the Second Wave rippled through the mainstream media yesterday and this time hit the Congressional Progressive Caucus. Domenico Mantanaro of MSNBC kicked things off on one of the morning shows by mentioning the Trillion Dollar Coin (TDC) as a possible solution to the debt ceiling problem. Then, in the afternoon, on MSNBC’s the cycle, Krystal Ball, and Steve Kornacke, in discussing the coming debt ceiling conflict talked rather matter-of-factly, I thought, about minting some TDCs to get around the debt ceiling. END_OF_DOCUMENT_TOKEN_TO_BE_REPLACED

Putting the Pains in their Place

As part of his Tuesday night statement on the fiscal cliff deal he had just concluded with Congress, President Obama boldly affirmed that he would not negotiate over the debt ceiling, implicitly raising the dire specter of government default to defend his position:

Now, one last point I want to make — while I will negotiate over many things, I will not have another debate with this Congress over whether or not they should pay the bills that they’ve already racked up through the laws that they passed. Let me repeat: We can’t not pay bills that we’ve already incurred. If Congress refuses to give the United States government the ability to pay these bills on time, the consequences for the entire global economy would be catastrophic — far worse than the impact of a fiscal cliff.

Now this is the kind of thing that tends to make star-struck Democrats weak in the knees.  Partisan Democrats are always extraordinarily impressed by ejaculations of tough talk from President Obama.  But they often have difficulty distinguishing the stagy theatrics of tough talk from the drab backstage reality of tough action.  And unfortunately, every time Obama succeeds in turning some policy debate into a theatrical tilt with Republican leaders, progressives lose.  They lose because Obama’s Democratic supporters will usually follow him almost anywhere – so long as he gives them an emotionally gratifying “win” in the end.  Of course, they will allow Obama himself to define the rules and objectives of the games he is playing, and thus to implicitly define what constitutes winning.