The NYT wrote an extraordinarily arrogant, insulting, dishonest, and hypocritical editorial attacking a series of Latin American democracies. The editorial manages to insult their democratically elected representatives and their electorates. The title of the editorial is “South America’s New Caudillos.” The editorial does not bother to define the word. Merriam-Webster’s online dictionary defines caudillo as “a Latin American military dictator.”

The editorial claims that it was prompted by the democratic reelection of Evo Morales as President of Bolivia. The editorial concedes that he was reelected in a well-deserved, democratic “landslide.”

END_OF_DOCUMENT_TOKEN_TO_BE_REPLACED 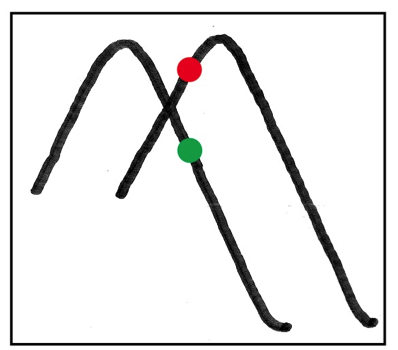 END_OF_DOCUMENT_TOKEN_TO_BE_REPLACED

Thomas Curry: The Very Model of the Modern Failed Regulator

Posted on October 27, 2014 by William Black | Comments Off on Thomas Curry: The Very Model of the Modern Failed Regulator

I explained in a 2012 column as soon as Thomas Curry was publicly identified as the likely new head of the Office of the Comptroller of the Currency (OCC) why he was such a poor choice to be a regulatory leader. Curry is such a good example of Obama’s crew of failed agency heads because he is neither evil nor stupid. As I explain below, he views morality as a misnomer in banking. He is the rarity among Obama appointees, a true professional regulator. He is well within the top 50% of Obama’s (dismal) appointees in finance and regulation.

Curry is also an abject failure who should be cashiered immediately. No one had to order him to fail or intimidate him into failure. He represents anti-regulation as usual, which has been the pattern in finance since 1993. One can read his speeches and see that he has learned none of the essential lessons from the crisis and lacks even a dying ember in his belly, much less the raging fire required for regulatory success. We know from his record of failure as an FDIC director from January 2004 throughout the crisis that had he been the top federal regulator in the savings and loan debacle rather than Ed Gray cost of the debacle would have grown to trillions of dollars. At that level it would have hyper-inflated real estate bubbles and likely caused a severe recession.

END_OF_DOCUMENT_TOKEN_TO_BE_REPLACED

Comments Off on Thomas Curry: The Very Model of the Modern Failed Regulator

Eric Cantor weighed in today at Quora on the balanced budget Amendment. This is what he said:

Once created, government programs build constituencies of special interests determined to keep the money flowing, whether or not the particular program is effective. There have been many times when the House has placed wasteful and duplicative programs on the chopping block, only to see pressure from the spending lobby win the day in the Senate.

Near-term spending cuts are necessary to alter the course, but they will not be enough without long-term changes. Likewise, promises of cuts 10 years from now mean little without a way to enforce them. The only way to truly guarantee delivery from future elected officials is for the Constitution to demand it.

To that end, the House has scheduled a vote on a balanced budget amendment that would require supermajorities in both chambers to run a deficit, raise the debt ceiling, raise taxes and spend more than 18% of the GDP. With the balanced budget movement gaining momentum, members of the spending lobby want to argue that Congress and the President already have the ability to control spending. Ability and discipline are not the same. If Washington actually had the discipline to live within its means over the long-term, every American citizen would not owe $46,000 toward the national debt.

In my view, the importance of these upcoming votes cannot be overstated. The adoption of a Balanced Budget Amendment would make reckless borrowing a thing of the past, and will ensure that our children enjoy futures full of opportunity.

Democrats and Republicans should join together to do the right thing, pass this amendment, and make a real difference for the future of our country.

END_OF_DOCUMENT_TOKEN_TO_BE_REPLACED

As my regular readers know, the NYT coverage of the EU financial crisis has been shameful, economically illiterate, and harmful. In the last two weeks, however, that coverage has finally begun to mention the concept of inadequate demand, the fact that governmental spending can provide demand, and that austerity is not the only available choice. In the last 10 days the coverage even began to quote economists who made the point that austerity is the problem rather than the solution. This modest improvement has taken six years, two gratuitous Great Recessions, and Great Depressions for about one-third the eurozone’s population.

END_OF_DOCUMENT_TOKEN_TO_BE_REPLACED

A Moment of Mourning 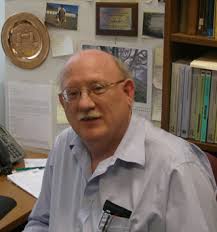 The Department of Economics at UMKC lost a member of its family last night. Fred Lee, prolific scholar, humanist, and devoted husband, father and grandfather, spent the last several months battling a startling diagnosis — a non-smoking variety of stage 4 lung cancer. Like the disease itself, Fred was a rare type.  His commitment to the advancement of heterodox economics built an infrastructure of newsletters and list serves to enable this community of scholars to engage and build ties.  He recorded this podcast with me shortly after learning that his diagnosis was terminal.  Fred left an indelible mark on the UMKC Economics Department and on heterodox economics. We will miss him terribly.  ~Stephanie Kelton

Jamie Dimon: U.S. Must Create a “Safe Harbor” Where JPM’s Corruption Is Not “Punished”

I want to give a hat tip to a recent Wall Street Journal article that brought to my attention two damning admissions by JPMorgan’s (JPM) CEO and Chairman of the Board, Jamie Dimon.  The irony is that Dimon was lulled into making these admissions because he was basking in the perfect calm created by the confluence of Sorkin’s and CNBC’s storied sycophancy at the one place on earth where elite bankers feel most loved, honored, and protected – the annual meeting of the ultra-wealthy in Davos, Switzerland.  Sorkin was the only interviewer, so Dimon faced no risk of tough questions.  It may well have been this perfect setting that caused Dimon to let slip the mask and reveal two illustrative sins of elite bankers reported in the WSJ article.

END_OF_DOCUMENT_TOKEN_TO_BE_REPLACED

How the Rocket Scientists Aided the Senior Fraudulent Bank Officers

In my first column in this two-part series I explained how the Department of Justice’s (DOJ) non-prosecutorial effort against the banksters’ frauds that caused the financial crisis had ended with a pathetic whimper uttered by Deputy Attorney General James Cole during his ritual exit interview with Bloomberg. Cole’s explanation for DOJ’s failure to prosecute a single senior banker for leading the three fraud epidemics that drove the financial crisis was that DOJ was “dealing with financial rocket science.” My first column made the point, which escaped DOJ and Bloomberg that if this were true it would presumably have been modestly important for DOJ to do something about the ability of “rocket scientists” to grow wealthy by leading the frauds that cost the U.S. $21 trillion in lost GDP and 10 million jobs. In my second column I explained why no rocket science was required to prosecute the senior bank officers that led the three most destructive epidemics of financial fraud. In light of a reader’s comment I promised to write this third piece on “rocket science” in the financial context.

END_OF_DOCUMENT_TOKEN_TO_BE_REPLACED

In my first column in this two-part series I explained how the Department of Justice’s (DOJ) non-prosecutorial effort against the banksters’ frauds that caused the financial crisis had ended with a pathetic whimper uttered by Deputy Attorney General James Cole during his ritual exit interview with Bloomberg. Cole’s explanation for DOJ’s failure to prosecute a single senior banker for leading the three fraud epidemics that drove the financial crisis was that DOJ was “dealing with financial rocket science.” My first column made the point, which escaped DOJ and Bloomberg that if this were true it would presumably have been modestly important for DOJ to do something about the ability of “rocket scientists” to grow wealthy by leading the frauds that cost the U.S. $21 trillion in lost GDP and 10 million jobs. I also promised this column explaining why it was not true. In light of a reader’s comment I’ll add a third piece on “rocket science” in the financial context.

END_OF_DOCUMENT_TOKEN_TO_BE_REPLACED

Not with a Bang but a Whimper: DOJ Says it Cannot Prosecute “Rocket Science” Frauds

This is the way the Department of Justice’s (DOJ) greatest strategic prosecutorial failure ends, not with a bang but a whimper that it is too hard to prosecute “rocket science” frauds.  The context is the ritual Bloomberg exit interview with the senior DOJ official going off to make his new fortune.  The lucky fellow this week is Deputy Attorney General James Cole.  This genre of interview is designed to allow the man in the revolving door to announce his great accomplishments as a prosecutor, or in this case, non-prosecutor.  Cole gamely claims that zero prosecutions constitutes a brilliant success because DOJ’s civil cases “have resulted in banks paying huge fines and altering their behavior.”

“Holder today praised Cole as his ‘indispensable partner’ since taking the deputy’s job in January 2011. ‘Jim’s leadership and ingenuity have been critical in attaining historic results on behalf of the American people,’ Holder said in a statement.”