Obama Finally Fights GOP, Affirms a Role for Government, but Renews Threat to Shrink the US Economy

As the US government shutdown was still in effect and the prospect of a debt default loomed, President Obama held an extraordinary and revealing White House press briefing on October 8th in which he clarified his then position vis-à-vis the shutdown and debt ceiling.  After the shutdown was (temporarily) ended on October 17th, Obama made a fairly extensive public statement airing his views of how he sees economic policy and government’s role. While I have not followed every one of Obama’s press conferences or speeches, in both of these public appearances, Obama went into unusual detail and lengths to expand on his views of politics, government and the economy.  In addition, he marked out his most combative stance vis-à-vis the Republicans to date.  Also in his October 17th statement we had the clearest statement for a number of decades, of some of the benefits of having a government at all from a top American political leader.

END_OF_DOCUMENT_TOKEN_TO_BE_REPLACED 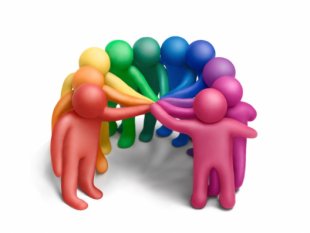 But something interesting happened this year: high levels of minority and young voter turnout, together with an increased Obama-tilt among all voters earning less than $50,000 a year, routed the GOP. In one sense, the election represents the triumph of the Reverend Jesse Jackson and his “Rainbow Coalition.” The Reverend Jackson was the first serious challenge of a black man for the presidency, and with his Rainbow Coalition, he ran for the Democratic nomination in 1984 and in 1988, with a platform that represented an anthology of progressive ideas from the 1960s. He attracted a large number of supporters, many of them from the white working-class. Each time his movement looked like it was gaining electoral traction, the Democratic Party establishment would invariably mobilize against him and elect feeble white liberals – Mondale and Dukakis – who plummeted to defeat by Reagan and George Bush Sr. END_OF_DOCUMENT_TOKEN_TO_BE_REPLACED