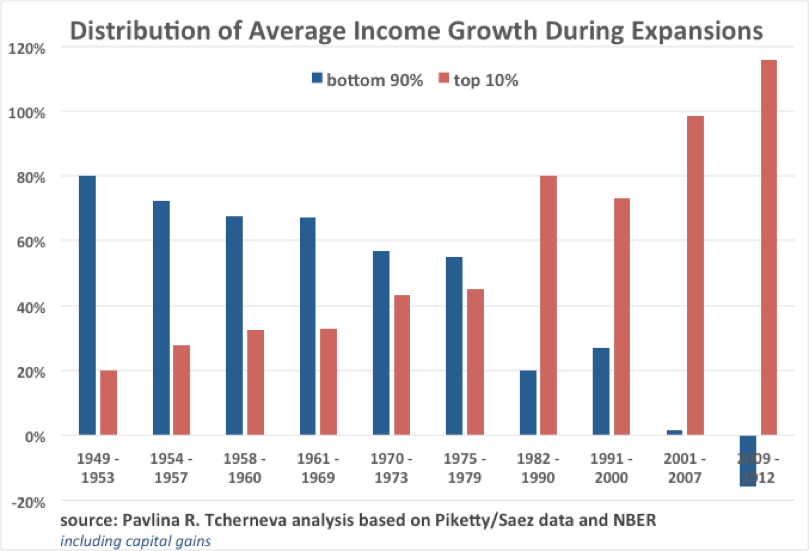 END_OF_DOCUMENT_TOKEN_TO_BE_REPLACED

Posted on November 10, 2016 | Comments Off on THE ECONOMIC CONSEQUENCES OF DONALD TRUMP

END_OF_DOCUMENT_TOKEN_TO_BE_REPLACED

“There are red lines in the sand that will not be crossed,” Greek Prime Minister Alexis Tsipras said just weeks ago as he began the long negotiations process with creditors.

Some of these lines included no more pension cuts or value-added tax (VAT) increases, and a debt restructuring deal that incorporates renewed economic assistance from Europe. Tsipras has been working to complete the previous government’s austerity commitments, without any guarantee of a meaningful debt reprieve in the future.

Yet on Monday, he crossed his own previous red lines and offered a round of fresh austerity measures worth 7.9 billion euros ($8.9 billion) — the largest to date — which in turn prompted mass protests at home.

Crafted by the Greeks, an agreement seemed close at hand, but was nevertheless rejected by the International Monetary Fund and Greece’s euro partners at the European Commission and European Central Bank. The fiscal tightening that is currently being discussed is on the order of 2 to 3 percent of gross domestic product (GDP), comparable to that at the peak of the crisis in 2010.

Posted on April 1, 2015 | Comments Off on Modern Monetary Theory

That the government is the currency-issuing monopolist
Is not a radical idea, nor a hypothesis
It is a simple, nay, elementary fact
That is often so fervently attacked

Pundits, economists, and the average bloke
Firmly believe that the U.S. government is broke
And defend this dreadful and deadly mythology
“There Is NO Alternative,” they say, without an apology

Comments Off on Modern Monetary Theory

END_OF_DOCUMENT_TOKEN_TO_BE_REPLACED

Greece wants to save Europe, but can it persuade Europeans?

Most analysis of the Greek debt crisis ignores an important reality: While Greece may be the villain du jour, every eurozone nation is profoundly short of cash. That’s because of a well-acknowledged, but not fully appreciated, flaw at the heart of eurozone financial architecture that converted a historically unprecedented number of nations from issuers of their own currency to users of a common currency.

Greece is simply the first country to experience the extreme consequences of that loss of monetary sovereignty. With no independent source of funding, no currency of its own, no central bank to guarantee its government liabilities, it has had to ask others for help. And as a condition for securing that help, Greece has until now been forced to consent to radical austerity policies.

END_OF_DOCUMENT_TOKEN_TO_BE_REPLACED

Grasping at straws and more trickery from Forbes’ Scott Winship

Winship has produced a rambling and insulting retort to a very thorough and thoughtful response to his false critique of my original inequality chart.

Here are my brief replies to his last post.

You can be the judge of whose method is better (his or mine) in calculating the business cycles, but even if you use his method, his results are wrong. See herewhere I present two business cycle charts (using both methods). Both methods yield completely different and more depressing trends than in his chart. It is unclear how he’s chosen his periods.

In a very disingenuous way, Winship, passes the hot potato and implicates Saez and Piketty in his own error, arguing that they do the same thing in Table 1 here. This is incorrect. Saez and Piketty’s table shows one whole time period and then several discrete periodsof various recessions and expansions and, unlike Winship, they have identified their expansions and recessions correctly. They do not report the history of all business cycles (go ahead, check).

END_OF_DOCUMENT_TOKEN_TO_BE_REPLACED

The Lower Unemployment Rate is a Recovery – for the Top 10%

NEP’s Pavlina Tcherneva appears on The Real News on October 5, 2014. The topic of discussion is the slow recovery and why monetary policy that is directed at finance and not job creation has this effect.