Growth and Inequality in the U.S.: when “shared prosperity” means shared by the very few

(A response to Forbes’ Scott Winship)

For the last few years, I’ve been studying the recovery and the kind of monetary and fiscal policies that are conventionally used to deal with recessions. One of the questions I considered was not just how we grow, but who benefits. The answer to the first question, I argue, provides insights into the second.

Examining the widely-used Piketty-Saez data, I found that the way we grow in the U.S. brings inequality. Namely, with virtually every postwar expansion, a greater and greater share of the average income growth has gone to the wealthy 10% of families. In the immediate postwar era a declining share of growth went to the bottom 90% of families (a trend not to be ignored), but they still captured the bulk of the growth in average incomes. Since 1980, however, the majority share has gone to the rich, while in the latest expansion they captured 116% of that income growth. This seemingly absurd result is due to the fact that incomes of the bottom 90% of families during the 2009-2012 period have been shrinking.

END_OF_DOCUMENT_TOKEN_TO_BE_REPLACED

Posted on October 3, 2014 | Comments Off on NEP’s Pavlina Tcherneva appears on NPR

Pavlina appeared on NPR’s Morning Edition with Scott Horsley this morning, Oct 3. Topic of discussion was economic disconnect. You can listen here.

Comments Off on NEP’s Pavlina Tcherneva appears on NPR

The Sinking of Norfolk

How would Thomas Piketty propose to save the city of Norfolk, Virginia? He teaches us, ad-nauseum, that what the U.S. collective state has to spend on such things as sea walls, flood gates, elevating infrastructure and roadways, buying-out property owners so they can relocate to higher ground, etc., etc., is limited to the number of tax dollars that can be collected from U.S. citizens—as if the collective state itself were like a club, and if the clubhouse needs repairing, the club members must first pay a special assessment of dues—or, alternatively, the club can borrow dollars from the supply of Capital owned by the wealthiest  1% of its membership, or (as a creative alternative) the rebuilding effort could be structured in such a way that the newly elevated Norfolk would pay rent to the one percent in perpetuity for the privilege of living above sea-level.

END_OF_DOCUMENT_TOKEN_TO_BE_REPLACED

16 Reasons Matt Yglesias is Wrong about the Job Guarantee vs. Basic Income

Slate’s Matt Yglesias is out with another caricature of post on the Job Guarantee (JG) and, guess what?  He still doesn’t like what he sees. He’s all for guaranteeing income to people who can’t find jobs, but he’s opposed to making receipt of that money “conditional on performing make-work labor for the government.”  As one of the leading proponents of the JG, let me say this for the nth time: THE JOB GUARANTEE IS NOT ‘MAKE-WORK.’  This is not a reaction to Yglesias but a core principle of the earliest literature on the Job Guarantee (e.g., here, here and here).  There is no way that anyone familiar with even a sliver of the vast collection of books, articles, essays, working papers, policy briefs and blog posts on the JG could, in good faith, continue to claim that the JG is “make-work.”

END_OF_DOCUMENT_TOKEN_TO_BE_REPLACED 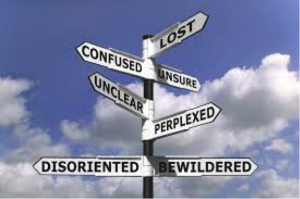 END_OF_DOCUMENT_TOKEN_TO_BE_REPLACED

NEP’s Pavlina Tcherneva appears in the following video by Rebecca Rojer. The video condenses a lecture by Pavlina explaining what a job guarantee is, its economic impact, and what we can learn from her research on the Jefes (“Heads of Households”) Program in Argentina.

The Social Enterprise Sector Model for a Job Guarantee in the U.S.

Jesse Myerson created a firestorm over mainstream media with his Rolling Stone piece “Five Economic Reforms Millennials Should Be Fighting For”. I’d like to address the very first of these reforms, the Job Guarantee (JG), as Myerson references my proposal for running the program through the non-profit sector and discussed it in several interviews on Tuesday.

Last month, I did a podcast with him about this program. Let me focus on some questions that keep popping up about the proposal, e.g., Josh Barro’s Business Insider piece.