Note to Dudley: Everyone Questions the NY Fed’s Motives – For Good Reasons

The NY Fed and Goldman have combined again to produce fingers scraping on a moral blackboard. The story is – not – told coherently in a NY Times piece.

I’ll comment on only two aspects of the incoherent story. First, contrary to the NYT portrayal of the story, there is typically no ambiguity about whether regulatory information is confidential and there was no ambiguity about the particular information that we read (albeit, not in the NYT) that the NY Fed employee leaked to his former colleague after he joined Goldman Sachs.

Second, the NY Fed’s head, William Dudley’s, response to the latest scandal was “I don’t think anyone should question our motives.” I will argue that given the NY Fed’s intolerable institutional conflicts of interest, and the defense of continuing that conflict by the NY Fed’s leadership, e.g., Dudley, everyone should the regional Feds’ motives.

The NYT article revealed that a former NY Fed employee “Rohit Bansal, the 29-year-old former New York Fed regulator, was [hired by Goldman]. At the time he left the Fed, Mr. Bansal was the “central point of contact” for certain banks.” You have to read two-thirds of the story before you learn Bansal’s name and reading the entire story doesn’t tell you his positions and duties at the NY Fed or Goldman. The most diligent of NYT readers learned only:

“Goldman determined that the spreadsheet contained confidential bank supervisory information. Federal and state rules classify certain records, including those generated during bank exams, as confidential. Unless the Federal Reserve provides special approval, it can be a federal crime to share them outside the Fed.

But proving that someone “willfully” violated the rules, as is required for a criminal prosecution, could be difficult. The rules are vague and even contradictory about which documents must remain confidential — and when regulators are allowed to share them.

Some of Mr. Bansal’s information, the lawyers said, may have come from Jason Gross, who worked at the New York Fed at the time.”

Inquiring minds would want to know what position Gross held at the NY Fed, when he left, why he left, and where he is now. They would also like to know what confidential information he provided and whether the information was “generated during bank exams.” The NYT article implies that he was fired by the NY Fed when it became aware that Gross had leaked confidential information to Bansal. As of the time I researched this issue (noon) the only information about Gross (from the Bloomberg article) was that his lawyers said that he was cooperating with the Department of Justice investigation.

It proved to be easy to get Bansal’s background on line. The Boy Scouts will not be happy. 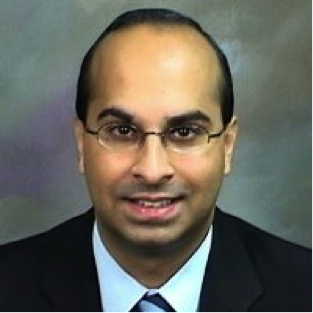 PERSONAL PROFILE
A highly energetic, solutions oriented professional with strong analytical and interpersonal skills. Experienced in managing and motivating groups and individuals. Strong sense of responsibility and self-motivation. A confident “thought-leader” with the ability to uncover opportunities for growth. A problem solver and team player with proven leadership qualities.

• Responsible for leading and managing a team as the Examiner-in-Charge and Central Point of Contact for supervising and regulating state member banks, bank holding companies and foreign banking organizations in the United States with the goal of creating a better managed, less complex and more resilient financial system.

• Accountable for oversight of examination planning, on-site testing, monitoring and surveillance efforts as well as mergers and acquisitions across a range of large complex financial institutions.

• Created and presented clear, well-developed and detailed written reports and presentations, including examination and supervisory issues and recommendations to Federal Reserve management and the financial institutions’ executive management and Board of Directors.

• Maintained strong working relationships requiring close collaboration, coordination and consultation with other regulatory agencies, Federal Reserve Banks, the Board of Governors and the supervised institutions staff and executive management.

Rohit is a diligent worker and a quick study. He has strong communication skills and uses them to keep his peers and managers informed. He thinks “out of the box” and is not afraid to put forward his ideas. His analytical and computer skills are…View

• Selected to work with senior management and the SSG in policy development, documenting and analyzing the group’s policy interests and linking them to broader internal and external policy initiatives relevant to Financial Institution Supervision.

• Involved during the 2007-2009 financial crisis in monitoring financial institutions and markets, collecting cross-institutional data and producing a daily report with a team of colleagues and senior management for the President.

• Liaised with the Office of the President and Chief of Staff in leveraging topics and analyses prepared on an interim basis and ensured that senior management was appropriately prepared for updates to the President.

• Assisted senior management in spearheading the Prioritization/New Directions (PND) Committee in the development of policies and prioritization efforts supporting a forward-looking and flexible approach to department objectives.

• Identified and communicated changing priorities through business process excellence, including opportunities to roll out or fund projects supporting the Committee’s goals and/or to scale back areas of focus de-prioritized by the group.

• Evaluated the Risk Teams’ alignment with policy objectives surfacing in the PND Committee and their overall progress.

• Provided intellectual leadership in the development and implementation of the SSG’s initiatives and undertook a role in helping to prepare written products on behalf of the group, which included letters to the industry.

So, in addition to the key fact, he has a black belt in Taekwondo, so it does not pay to upset him in person, we know that Bansal began at the NY Fed in a policy role during the most acute phase of the financial crisis. He then became an experienced examiner who sometimes served as the examiner-in-charge (EIC) for entire exam teams. He had no difficulty knowing what regulatory information was confidential and why it was confidential. As soon as he joined Goldman, if the stories are accurate, he used his relationship with a former NY Fed colleague to get leaked access to confidential regulatory information about a Goldman client.

The Financial Times reported that the confidential information that Bansal obtained from Gross’ leak was Goldman’s client’s (a bank) “CAMELS” rating. The regulator’s consideration of what CAMELS rating to give a bank is unambiguously confidential unless they choose to communicate it to the bank as part of a discussion as to what rating (overall, and by component, e.g., “C” stands for “capital) the regulator should give the bank. The NYT treatment of (in their article) the unidentified leak as ambiguous is untenable.

I understand Dudley’s claim that it is illegitimate to attack the NY Fed’s motives because I have been in his shoes. I was the Senior Vice President and General Counsel of the Federal Home Loan Bank of San Francisco (FHLBSF). The FHLBs were the most analogous bodies to the regional Fed banks. Like them, we had both a supervisory and a bank “side” and like them our boards of directors had many members who were the leaders of the banks/S&Ls we were supposed to regulate. We had rules, decades before the regional Feds adopted similar rules, prohibiting those directors from having anything to do with supervision. Despite those rules, however, there were two instances at the FHLBSF of directors who raised their board membership with our examiner teams in an attempt to intimidate them. We cracked down severely on both CEOs. At other FHLBs, however, the board members/regulatees were active and successful in intimidating examiners and supervisors. While that never happened at the FHLBSF, there were – repeatedly – who questioned our motives because of the obvious institutional conflict of interest.

We, the senior leaders of the FHLBSF, agreed that the institutional conflict was obvious and intolerable and supported ending it by removing the supervisory function entirely from the FHLBs. (This was contrary to our self-interest, because as FHLB employees we were not subject to federal pay caps and had substantially higher salaries and perks.) Congress agreed, and in 1989 they removed the regulatory function from the FHLBs through the FIRREA legislation. As a society, therefore, we have already decided that the regional Fed conflict of interest is intolerable. The fact that people like Dudley urge us to continue such an intolerable conflict of interest is understandable because it is strongly in their self-interest, as it was in ours. But we rose above our self-interest and Dudley (formerly of Goldman Sachs) rationalizes away an obvious, institutional conflict in order to maximize his self-interest even as he denounces the corrupt “culture” of Wall Street and the City of London. Profiting from conflicts of interest is a key corrupt feature of both financial centers. The written statement of Richard Spillenkothen (the Fed’s longtime head of supervision) to FCIC confirmed that in his experience the regional Fed offices routinely undercut the strength of proposed supervisory actions against “their” banks. The FCIC report also shows that the NY Fed was viewed even by its peers as the most sycophantic of the Fed’s regional banks in (not) cracking down on “their” banks.

Some issues have clear answers. The regional Feds should be stripped of all examination, supervision, and enforcement powers. That job should be done by federal employees who answer to the people of the United States rather than the bank CEOs that they are supposed to examine, supervise, and regulate. People in positions that require them to regulate should reconsider their career choice if they are unable to rise above their self-interest on an issue this clear. I’m sure Goldman has a warm nook in its corrupt culture waiting for Dudley’s return to Government Sachs.

4 responses to “Note to Dudley: Everyone Questions the NY Fed’s Motives – For Good Reasons”