Posted on May 23, 2014 by L. Randall Wray | Comments Off on NEP’s Randy Wray on Thom Hartmann’s Show

Info on how to listen:

The audio and video are streamed LIVE on Thom’s website www.thomhartmann.com.  Free Speech TV also streams the program LIVE on their website: https://www.freespeech.org/

Penny Hoarders: A Contemporary Example of a Problem with a Gold/Silver Standard

Yesterday National Public Radio ran a segment on penny hoarders. These are people whose hobby is to hoard pre-1982 pennies. Some even go to their local banks and ask to convert dollar bills into pennies and then spend their evenings triaging boxes of pennies. Why would they do that would you ask? Well, pre-1982 pennies are made mostly of copper and, given the price of a pound of copper tripled over the past ten years, the face value of a penny is half the value of the content of copper: face value is 1 cent, intrinsic value is 2 cents. 100% profit from selling pennies for their copper content!

END_OF_DOCUMENT_TOKEN_TO_BE_REPLACED

The Wall Street Journal has editorialized about Credit Suisse’s guilty plea in a piece entitled “If Credit Suisse really is a criminal, why protect it from regulators?”  More precisely, and confusingly, the full title is:

If Credit Suisse really is a criminal, why protect it from regulators?”

The U.S. Saved Switzerland and Its Banks

I’ll begin by responding to the WSJ’s weird claims about Switzerland.  Far from “convict[ing] Switzerland,” the U.S. Fed bailed out the Swiss Central Bank at the acute phase of the crisis (by making large unsecured loans to it in dollars) so that it in turn could provide dollars to its two massive, insolvent, and fraudulent banks (UBS and Credit Suisse).  The Treasury, with the support of Secretaries Paulson and Geithner, used AIG to secretly bail out not only Goldman Sachs but also UBS (to the tune of $5 billion).  The unconscionable deal was so toxic that the heads of each of the three U.S. financial regulatory agencies involved (Treasury, the Fed, and the NY Fed) deny that they had any involvement in the decision – it’s the Virgin Bailout.

END_OF_DOCUMENT_TOKEN_TO_BE_REPLACED

Geithner: As Wrong about Soccer as Regulation

Timothy Geithner is usually smart enough to say as little as possible about his disastrous leadership of the Federal Reserve Bank of New York (NY Fed). Geithner was supposed to regulate most of the largest banking holding companies. The NY Fed was singled out by its peers and the Financial Crisis Inquiry Commission (FCIC) for its terrible regulation, e.g., of Citicorp. One of the best signs that someone is reinventing history is that they keep changing their excuses for their failures and Geithner is a good example of that practice. He infamously began his original defense by testifying to Congress that he was never a regulator. That had the virtue of (unintentional) truth. His duty as head of the NY Fed, of course, was to regulate so the fact that he refused to regulate is an admission rather than a defense.

Geithner’s book wisely tries to make it appear that life began with Lehman’s failure (where he also performed miserably, but that is a story for another column). But Geithner lacked the discipline to avoid throwing in a few efforts to defend his role as a failed regulator. His defense efforts are now disingenuous, but they continue to serve as admissions rather than defenses. The fact that his attempts to construct a defense of his monumental regulatory failures actually end up being admissions demonstrates that he remains clueless even today about what he would have done if he had been a competent regulator of integrity and courage.

END_OF_DOCUMENT_TOKEN_TO_BE_REPLACED 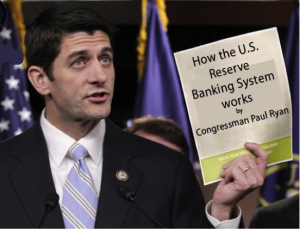 END_OF_DOCUMENT_TOKEN_TO_BE_REPLACED

The New York Times headline was dominated by a seemingly strong word:  “G.M. Is Fined Over Safety and Called a Lawbreaker.”

As I will explain, however, the seeming strength of the label “lawbreaker” is undercut by the rest of the title, the text of the article, and the reality of the Justice Department’s refusal to apply the rule of law to powerful domestic corporations and their controlling officers.

The first discordant note is the word “safety.” The article reports that GM, for the purposes of avoiding the expense of repairing a design defect that endangered the lives of its customers, covered up the defect and caused the death and injury of a number of those customers. The article does not report the (minor) cost of GM fixing its design defect. The article does not report on the number of people who were injured and killed because GM designed a defective ignition system, knowingly hid the defect from its customers and the government, and once it knew that its defective design was injuring and killing its customers GM deliberately covered up the existence of the defect and the cause of the easily avoidable injuries and deaths. The article states that GM was finally required to recall 2.6 million vehicles due to the defective design of the ignition switches.

END_OF_DOCUMENT_TOKEN_TO_BE_REPLACED

The New Joke Defining the Supercharged Version of Chutzpah

The old joke about how to answer the question: “what does chutzpah mean?” – has been rendered woefully inadequate by events. The old answer was: “Chutzpah is when a son kills his mother and father and asks the court at sentencing to show him mercy because he is an orphan.” The two variants of the new answer to the question of what chutzpah means are: END_OF_DOCUMENT_TOKEN_TO_BE_REPLACED