How the “Takers” Voted

In any fiscal union, some states will benefit disproportionately from the way federal dollars are collected and allocated. In the US, roughly half of all states are net recipients of federal spending (i.e. they receive more in federal spending than they pay in federal taxes). These welfare queens are supported by fiscal transfers from the remaining states, who sacrifice their tax dollars but don’t enjoy the same investments in their infrastructure, industries, schools and communities. 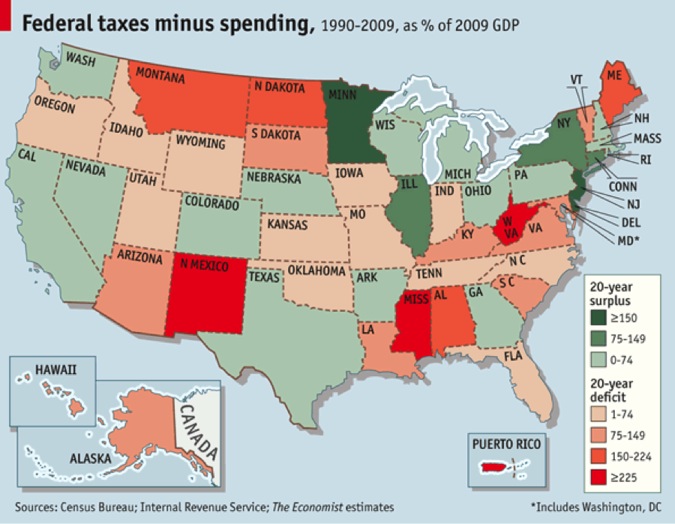 States like New Mexico, Mississippi and West Virginia take a lot. States like Oregon and Iowa take fairly little.  And then there are the takers in the middle, places like the great state of Virginia, where, from 1990-2009, “the federal government spent $1.44 trillion but collected less than $850 billion in taxes” (source).

Disappointed presidential hopeful Mitt Romney (along with Bill O’Reilly and others on the political right) has insisted that President Obama owes his reelection to the welfare moms and food stamp dads who wanted to be sure their sugar daddy stayed in office so he could keep funneling money away from society’s makers to these shiftless takers.

I thought it would be interesting to see how the real takers in our fiscal union voted.  Here’s the breakdown: 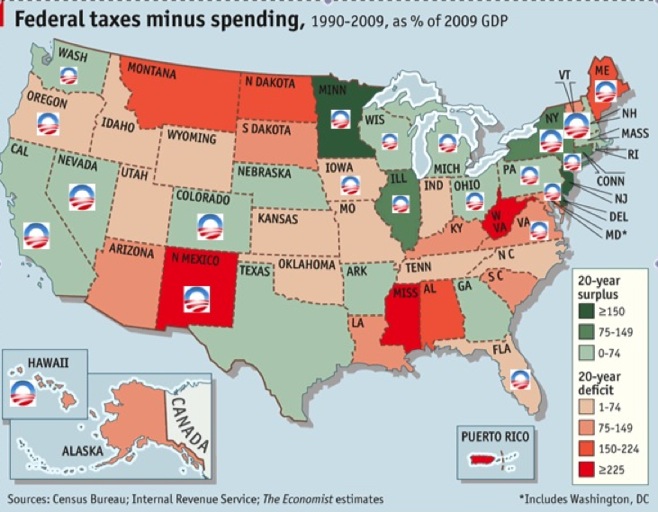 It’s sort of funny when you hear people on the political right talk about seceding from the union.  How long could they survive without their makers?

** For a similar (and much more substantial) look at this issue, see this recent Bloomberg piece.

This entry was posted in Stephanie Kelton. Bookmark the permalink.

20 responses to “How the “Takers” Voted”