Posted on April 9, 2017 by William Black | Comments Off on Ecuadorians Reject Neoliberalism in Presidential Race

NEP’s Bill Black appears on Rising Up With Sonali talking about Ecuadoreans and their choice of continuity by choosing a left-leaning government over a neo-liberal agenda in recent Presidential elections.

Comments Off on Ecuadorians Reject Neoliberalism in Presidential Race END_OF_DOCUMENT_TOKEN_TO_BE_REPLACED

For US Democracy: There Is Only One Choice

We need big, big changes in the United States. Many of them will require the Federal Government to spend unprecedented amounts, including deficit spending to enable us to solve problems that have languished, creating needs, for many, many years.

How can we get these changes legislated through a political system that has been increasingly less responsive to most people over the past four decades. There’s only one way that will work without revolution.

We need a movement for change powerful enough to replace the present establishment of House and Senate legislators and presidents wanting to preserve their way of looking at how to do things, with another group that has concluded that change is desperately needed and must be accomplished come what may, whatever the cost in long established customs and traditions in both Houses of Congress and among the vested political and communications elites in the Washington, DC/New York “village.” But not just any changes will do. END_OF_DOCUMENT_TOKEN_TO_BE_REPLACED

Declarations of Dependence: A New e-Book on the Nation-Subjugating “Trade Deals”

The trade agreements currently being negotiated by the Obama Administration are potentially enormously important in their possible impact on the United States. The Trans-Pacific Partnership (TPP) is being negotiated by 12 Asian-Pacific nations, and, if agreed to by Congress could be expanded in membership later on under the President’s sole authority. The Trans-Atlantic Trade and Investment Partnership (TTIP) will encompass 29 nations, including the United States. And the third agreement, the Trade in Services Agreement (TiSA), perhaps the most dangerous of the three, will likely encompass 52 nations, if agreed to by all.

END_OF_DOCUMENT_TOKEN_TO_BE_REPLACED

The New York Times Covers the TPP: A Commentary

Wikileaks did us all another service yesterday by releasing the “Trans-Pacific Partnership Agreement (TPP): Investment Chapter Consolidated Text,” and collaborating with the New York Times to get the word out. Jonathan Weisman wrote the story for the New York Times. Apart from providing a very high level and very selective summary of what the chapter says, the article contains talking points used by proponents and opponents of the TPP. I think a close commentary on the article and associated issues would be useful. So here it is.

An ambitious 12 nation trade accord pushed by President Obama would allow foreign corporations to sue the United States government for actions that undermine their investment “expectations” and hurt their business, according to a classified document.

Why are we negotiating the TPP at all? Why is it the business of the Representatives of the people of the United States in Congress to support agreements that will mitigate the political risks borne by American businesses who chose to invest in other nations, as well as the political risks borne by foreign corporations, who choose to invest in the United States? Why is it their business to provide protection against such risks to foreign corporations beyond the protections we provide to our own corporations?

END_OF_DOCUMENT_TOKEN_TO_BE_REPLACED

Let’s get this out of the way. I agree with Piketty’s overall conclusion in Capital about inequality, that: the distribution of wealth in many industrial nations is highly unequal, wealth concentration has been increasing; and there is a high likelihood that the extent of wealth inequality will continue to grow unless appropriate fiscal policy is used to reverse current trends. However, I don’t agree with:

— the framework he uses to define and specify “capital”;

— the way he looks at Government finance and net worth; and

— the fiscal policy proposals he offers to reduce Inequality and put a stop to current trends of growth in the capital to income ratio.

END_OF_DOCUMENT_TOKEN_TO_BE_REPLACED

More Misdirection from Rampell in the Service of Generational War

In my last post, I took issue with a recent column by Catherine Rampell, who tries to make the case that seniors haven’t paid for their Social Security and Medicare because they “generally receive” more in benefits out of these programs than they pay into them. Rampell relies on an Urban Institute study to make her case. Since that post, she’s offered another that replies to some of the questions raised by commenters on her earlier effort. I’ll reply to that new post shortly, but first I want to present key points emerging from my analysis of Federal monetary operations in my reply to her earlier post. See that post for the full argument.

First, once Congress mandates spending, there is no way that the Treasury can be forced into insolvency or an inability to pay its obligations as long as it is willing to make use of all the ways it can cause the Fed to create reserve credits in Treasury spending accounts which can then be used for its reserve keystroking into private sector account activities that today represent most of the reality of Federal spending.

END_OF_DOCUMENT_TOKEN_TO_BE_REPLACED

Correcting the Poor: The Civilizing Impulses of Homo Corporatus and Private Charities

By Falguni A. Sheth
Crossposted at Translation Exercises

Should anyone—the state or any other source–have an obligation to interfere with you to bring your best, flourishing, self about?

Certainly, this is the debate that philosophers such as Isaiah Berlin and libertarians such as Robert Nozick have engaged in heartily, with a view to socialist frameworks that redistribute resources in order to produce selected kinds of outcomes. Should the state impose certain ideals and goals upon you, and why? There are also numerous examples of good state-imposed expectations such as seatbelts or prohibitions against drunk driving, as well as terrible examples, such as state-imposed prohibitions on certain kinds of drugs.

In a neoliberal era, the corollary to above question is whether non-state organizations should have the ability to interfere with you in order to bring your best, flourishing, self about?

END_OF_DOCUMENT_TOKEN_TO_BE_REPLACED

Posted in Falguni A. Sheth

Consumer Activism and the Biopolitics of Consumption

By Falguni A. Sheth
This post was originally posted Translation Exercises on Feb. 12, 2014

Last month, I wrote an article about former financier Sam Polk, whose move from Wall Street to Groceryships has been celebrated as an example of the 1% awakening to a moral conscience.  Groceryships is a charity that gives “grocery scholarships” to “poor moms” in order, ostensibly, to alleviate their meager budgets for healthy foods. But the scholarships come with many strings attached: to swear an allegiance to want to be healthy; commitments to attend weekly nutrition classes, do homework, take cooking classes. More on Groceryships in my next piece.

END_OF_DOCUMENT_TOKEN_TO_BE_REPLACED

Posted in Falguni A. Sheth 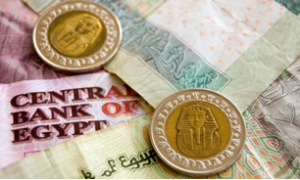