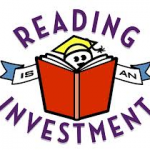 END_OF_DOCUMENT_TOKEN_TO_BE_REPLACED

Greetings from Davos!  I’m actually writing this over the mid-Atlantic as I return from being a keynote speaker at the annual “Public Eye” “shame prize” awarded to Goldman Sachs for its abuses.  The shame prize award was made in Davos during the World Economic Forum as a counter-WEF event.  Shell also “won” a shame prize, but I spoke on Goldman Sachs, the role of epidemics of accounting control fraud, and the WEF’s anti-regulatory and pro-executive compensation policies.  I explained that the anti-regulatory policies were intended to fuel the destructive regulatory “race to the bottom” and why the executive and professional compensation policies maximized the incentives to defraud.  I also explained that WEF was a fraud denier.  Collectively, these three WEF policies contributed to creating the intensely criminogenic environments that produce the epidemics of accounting control fraud driving our worst financial crises.  Detailed written developments of these arguments can be found here on our UMKC economics blog: New Economic Perspectives. END_OF_DOCUMENT_TOKEN_TO_BE_REPLACED