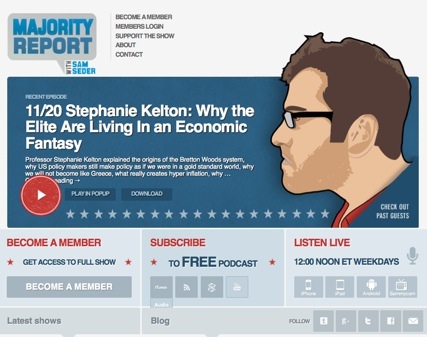 The podcast can be downloaded or listened to by clicking this link (opens in new window).

This entry was posted in Stephanie Kelton and tagged Economic Fantasy, Majority Report, Sam Seder, The Elite. Bookmark the permalink.