Should We Mind the Gap?

In his May 2011 column, “Is There Really an Output Gap,” CNBC financial blogger John Carney argues that the output gap—the difference between the economy’s potential performance and its actual performance—is a flawed theoretical construct that policymakers should avoid using as a basis for economic policy.  Carney presents most of this through a “thought experiment” involving a hypothetical tobacco-based U.S. economy called Tobacco America.  In the thought experiment, demand for tobacco explodes driving up prices for various tobacco inputs and taking the economy to new heights.  Eventually the dangerous health aspects of tobacco become widely known and the demand for tobacco plummets, taking the economy down with it.  Carney uses the Tobacco America thought experiment to make two arguments against the concept of an output gap—one is stated directly and the other is strongly implied.

END_OF_DOCUMENT_TOKEN_TO_BE_REPLACED 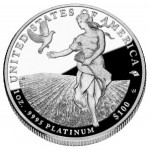 Meanwhile, the blogosphere continued to produce more points of view on the Platinum Coin. The points of view divide into those that are very negative; either claiming that 1) using Platinum Coins would be illegal or unconstitutional, or 2) using them would be just ridiculous and financially irresponsible, and so should be avoided; and others that favor using PCS 3) either in a limited way to avoid the debt ceiling crisis, or 4) in a much more robust way, that would change the procedures underlying Federal spending, so that fiscal policies advocating austerity no longer have a political foundation in a visible and rising national debt that austerity advocates can constantly talk about fixing through “shared sacrifice.” In this post I’ll review new posts on legality and constitutionality. END_OF_DOCUMENT_TOKEN_TO_BE_REPLACED

Did the MSM’s new wave of commentaries on platinum coin seigniorage (PCS) miss the really big story about it? Of course, I think it did, and I’ll continue my review of the MSM commentaries with the efforts of Chris Hayes at MSNBC, substituting as host on the Rachel Maddow show (12/05 at 9:20 PM); and John Carney at CNBC (12/06 at 11:54 AM). This is my second review post on this subject. END_OF_DOCUMENT_TOKEN_TO_BE_REPLACED