The European Union’s (EU) leadership continues to prove our family rule that it is impossible to compete with unintentional self-parody.  “EU leadership” is an oxymoron, largely composed of regular morons.  Consider only two examples — European Commission (EC) President Jean-Claude Juncker and Commissioner and Budget and Human Resources Minister (one of the EC’s most powerful leadership positions) Günther Oettinger.

Juncker heads the EC because he led the most infamous EU tax giveaway to wealthy corporations as Luxembourg’s finance minister and then prime minister.  Whistleblowers and the International Consortium of Investigative Journalists (ICIJ) eventually exposed the fact that for over a decade the wealthiest companies in the world created front companies in Luxembourg and met secretly with the finance minister to negotiate secret sweetheart deals allowing the companies to pretend to earn their income in Luxembourg – and to pay obscenely low tax rates.  The secret deals “allowed some of them to pay effective tax rates of less than 1 percent on profits shuffled into Luxembourg.”  Luxembourg is so tiny that even at these ridiculously low tax rates the covert deals made the country wealthy (at the direct expense of the public sectors of other EU nations and the United States).  Juncker’s eagerness to aid plutocrats made him the EU’s longest-serving leader as Luxembourg’s PM until a different scandal brought him down.  These sweetheart tax scandals led, not prevented, Juncker’s elevation to run the EC.  In response to the exposure of the scandal, Luxembourg: greatly increased the number of sweetheart deals, prosecuted the whistleblowers and the investigative journalists, and took no action against Luxembourg’s “let’s make a deal” leaders or the plutocrats (which included Koch Industries).

END_OF_DOCUMENT_TOKEN_TO_BE_REPLACED

Italy’s establishment has just revealed its truest beliefs and priorities.  The context was the two parties that received the most votes in the last election forming a coalition government.  The two parties seeking to form a coalition government won a majority of the seats in both houses of Italy’s parliament in the most recent election.  The New York Times reported many of the key facts, but missed the key analytics.

Italy’s populists seethed and the European Union sighed with temporary relief on Sunday night after an anti-establishment alliance poised to govern the bloc’s fourth-largest economy imploded at the last minute amid concerns that it was planning to sneak out the back door of the eurozone.

Less than a week after Italy’s populist parties, the anti-establishment Five Star Movement and the anti-immigrant League, ironed out their policy differences and jubilantly received a mandate to form a government that they said would usher in a new era in Italian and European history, its designated prime minister announced on Sunday evening that he had failed to form a government.

Both paragraphs are lies.  Bizarrely, the rest of the article demonstrates both lies.  I do not support key aspects of either party’s platforms, so I am not writing as a disgruntled supporter.  I start with the NYT’s second lie, for exposing it also exposes the first lie.  Giuseppe Conte, the “designated prime minister,” did not “announce … that he had failed to form a government.”  He announced an undisputed fact – a political rival, President Sergio Mattarella, refused to allow the two parties to form a coalition government because he objected to their selection of Paolo Savona as their economics minister.

END_OF_DOCUMENT_TOKEN_TO_BE_REPLACED

As a savings and loan regulator, on April 9, 1987, I experienced Senator John McCain at his very worst.  He, and his four Senate colleagues, collectively, the “Keating Five,” pressured my colleagues and me to withdraw our recommendation that our agency place Charles Keating’s Lincoln Savings and Loan into conservatorship.  Keating was looting Lincoln Savings and would soon defraud thousands of widows.  Lincoln Savings became the most expensive failure because the combination of the ‘Keating Five’ and Speaker of the House James Wright, Jr. successfully intimidated the new leadership of our regulatory agency.  The cowardly new leadership team refused even to consider our conservatorship recommendation and took the unprecedented action of removing our regulatory jurisdiction over Lincoln Savings.  Senator McCain and his colleagues acted badly for poor reasons and caused grave harm.  Senator McCain has said that his actions on behalf of Keating caused him greater pain than his North Vietnamese torturers.

END_OF_DOCUMENT_TOKEN_TO_BE_REPLACED 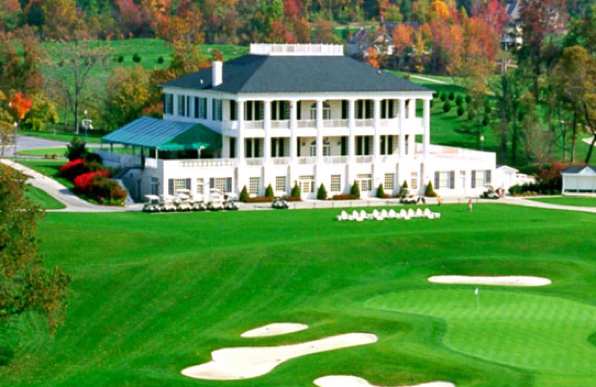 END_OF_DOCUMENT_TOKEN_TO_BE_REPLACED

Cenk and Young Turks Team: Your Deficit Hawkery is Unrealistic and Stands in the Way of Progressive Change

[The Young Turks (TYTNetwork) is an online news network that has a wide reach among mostly progressives and independents in the United States with viewership in the hundreds of thousands of unique visitors per day and over 2 million views per day.  Cenk Uygur is its founder, CEO, and leading on-camera commentator.]

I’m a Young Turks subscriber, member, and a longtime fan of your coverage of politics.  I think you have provided a consistent and detailed perspective on the failures of our political system, consistent criticism of both US major political parties as well as the alarming emergence of Trump and Trumpist/GOP neo-authoritarianism.  I think your instincts for analyzing political personalities is grounded in keen and accurate observation of people and political forces.  You also rarely shy away from criticizing both the Democratic and Republican Establishments, which distinguishes you from the “liberal” mainstream media.  You have been also very good at analyzing some of the biases of mainstream media against progressives and against change that most Americans want.  You are a consistent, principled, and very much needed independent voice that I often wish was heard more widely.