Given that the concept of leverage will be used often in the upcoming posts, this post spends some time explaining what leverage is and some of its impacts on the balance sheet of any economic unit.

Leverage is the ability to acquire assets in an amount that is larger than what one’s own capital allows to buy. Say that an economic unit has a net worth of $100, that it has no debt and that the counterparty is $100 in cash (Figure 1). The balance sheet looks like this: 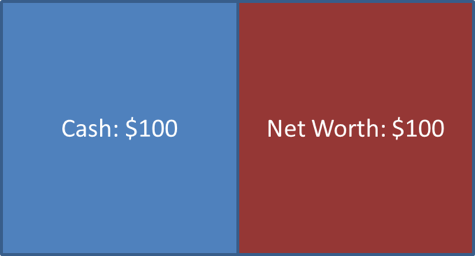 Figure 1. A balance sheet without leverage 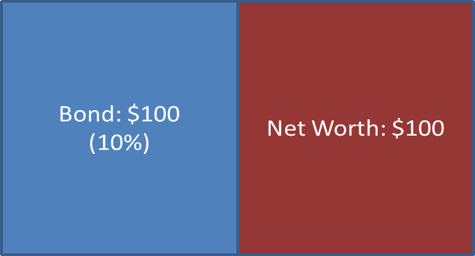 Figure 2. Another balance sheet without leverage

What is the leverage? Leverage = A/E = $100/$100 = 1. Still no leverage but this balance sheet allows the economic unit earns interest income: Cash inflow = $10 yearly as interest payment. Of course, buying a bond involves additional risks than cash: 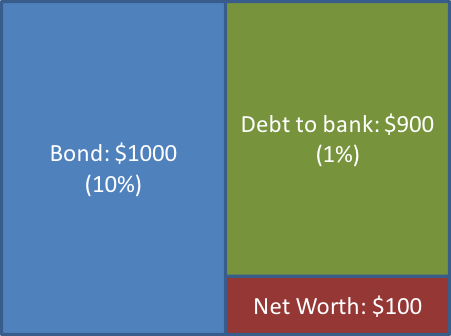 This example is the simplest form of leverage. They are many ways to introduce leverage in a financial deal. Some of that leverage does not have to be reflected in the balance sheet in the form on a debt to someone. As long as one can acquire an asset by paying upfront only a fraction of the value of that asset, there is some leverage.

What are the advantages of leverage?

A key metric of profitability is the return on equity (ROE). This return is the ratio of profit over equity. The ROE can be decomposed has followed:

Return on Assets (ROA) measures the earning power of the assets on a balance sheet, ROE measures how successfully an economic unit used its own capital. Leverage multiplies the impact of ROA on ROE because it allows to acquire more assets without having to pay the full amount due with one’s own funds. Thus leverage gives the following advantages:

By leveraging 10x, ROE is 10 times higher than ROA (9.1% vs 91%) simply from the fact that one could acquire ten times more assets.

What are the disadvantages of leverage?

What if the interest rate on bank debt goes up to 12% in the previous example?

This risk is especially high if an economic unit went into debt on a short-term basis for a long-term portfolio strategy. Assume one plans to hold 10 bonds for 2 years but issued debt with a 6-month term to maturity, then one needs to refinance (i.e. repay the debt and ask for credit again) three times.

But there are more worries because economics units care much more about ROE than dollar gains. In this case, ROE losses are also multiplied by the size of the leverage.

Higher Sensitivity of Capital to Credit and Market Risks

The same percentage decline in the value of bonds (due to default or loss of market value) leads to much bigger decline in equity (Figure 4).

Post 9 shows that banks can only tolerate a limited decline in the value of their assets. Indeed, not only are they highly leveraged, but also there are regulations governing the amount of capital they are required to have.

Figure 4. Impact on capital of a decline in the value of bonds under no leverage and 10x leverage

Say that in 2006 a household wants to buy a house that costs $100k and that the bank states that one must provide a 20% down-payment. How much of the cost of the house is the bank willing to fund at the maximum?

Now, say that the value of the home goes down to $50000. Assuming the bank is still willing to provide up to 80% of the house value, the maximum the bank will provide is:

For the same house, the bank is willing to provide less advance.

In the U.S. the traditional mortgage is a fixed-rate fully amortized (i.e. for which principal is repaid bit by bit every month) mortgage (case A). During the 2000s housing boom, a lot of prime and subprime households choose to issue interest-only mortgages (IOs) (case B). With an IO, a mortgagor can choose to pay only the interest due for a certain time period (say 10 years), and after that the principal must be repaid bit by bit. This means that for a period of time, case B is cheaper than case A.

The selling point by mortgage brokers was that IO are cheaper to service for 10 years and that while it is true that one might not be able to make that additional $1264 payment that will come in 10 years, there is no need to worry because refinancing at better terms is always possible given that home prices always go up. 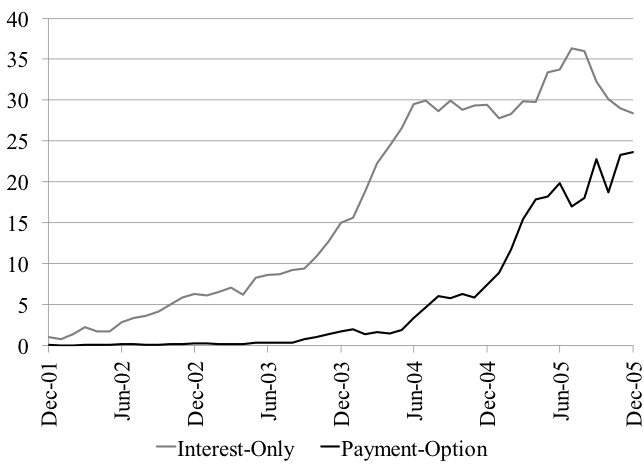 Comes 2016 and the household can cannot make the additional $1264 payment. What can be done? Let us refinance by issuing an $80000 fixed-rate mortgage with better terms (option C) and by using the funds to repay the $80000 due on the IO mortgage. So the household goes to a bank with the intention to get a credit of $80000. Unfortunately, the bank states it can only provide $40000, i.e. it refuses to refinance unless the household can come up with $40000. Why? Because the home value is now $50000.

In times of crisis, the refinancing problem induced by the decline in the value of houses is actually reinforced by the fact that the loan-to-value ratio declines. So instead of granting an advance of up to 80% of the home value, now a bank will do only 60%, which means that the household can only get $30000 from the bank.

A broker allows an economic unit to have outstanding bonds 10 time as large as its equity. What if suddenly:

Leverage comes in many forms and may not be directly observable in the balance sheet. In fact, financial institutions try to hide leverage as much as possible to circumvent regulation, and, in the worst cases, to confuse potential clients who are attracted by the high promised ROE.

The following is going on in this picture:

Taken in isolation, i.e. looking at SPE3 alone, AAA CDO2s seem very safe because the value of mezzanine CDOs must fall by 40% before the principal on the AAA CDO2s starts to be impacted (other CDO2s act as equity for AAA CDO2s). A pension fund that looks only at that deal does not even blink, AAA CDO2s provide higher yield than AAA corporate bonds; buy! Buy! buy!

Of course, the higher yield was achieved by the embedded leverage. Say that households starts to default, what is the default rate that makes AAA-CDO2 worthless?

There is a way to estimate what the leverage is in this type of transaction (see page 26 here). Financial institutions created many SPEs that bought from each other. Propublica has a very nice visual made with actual data.

The Financial Accounts of the United States provide simple measures of balance-sheet leverage that are easy to get for the private non-financial sector because actual balance sheets are provided. We are not so lucky for the financial sector for which data about total assets is not available. One can get an idea of the leverage by using the ratio (liabilities + equity)/equity, knowing that in theory the sum of liabilities and equity ought to be equal to total assets. In practice the sum of liabilities and equity is not very reliable and gives leverage levels that sometimes are much too high. Figure 2 only presents data that seems to kind of pass the smell test. Post 8 presents official leverage data in the banking sector. 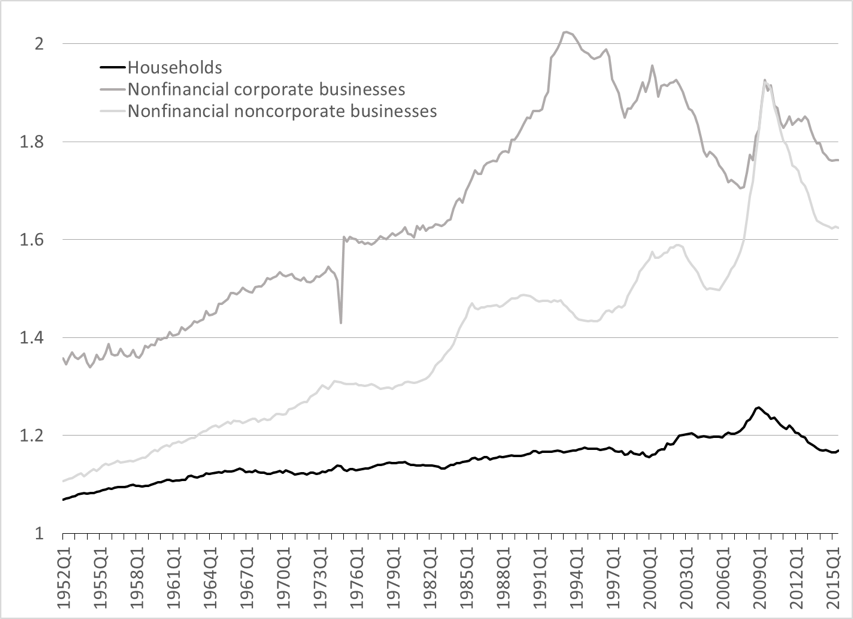 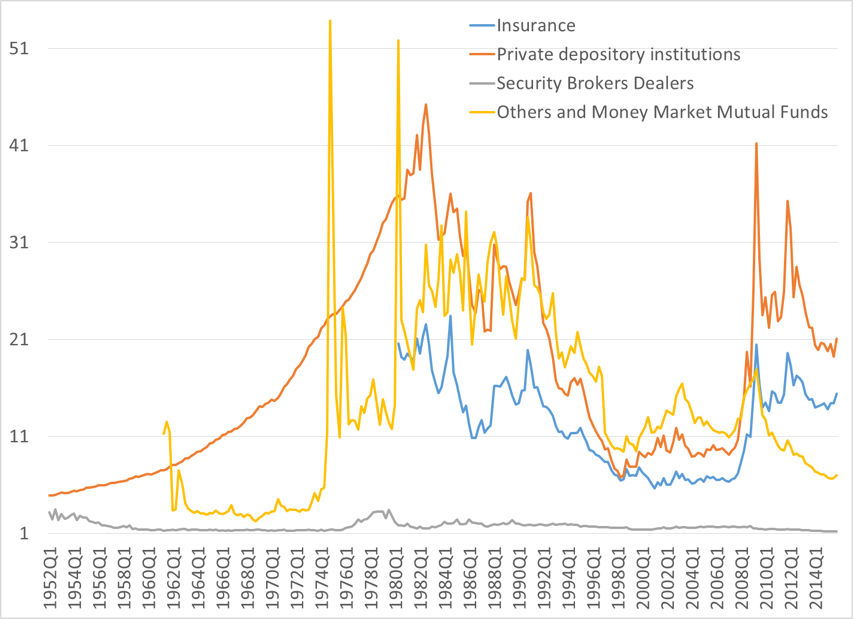 The Financialization of the Economy

The financial industry is in the business of dealing with leverage. Its business is about incentivizing other to go into debt (that is what most of its assets are: claims on others) and the financial sector itself uses a lot of leverage to boost the profitability of its business. Banks grant credit, pension funds rely on financial claims to pay pensions, etc. For every creditor there is a corresponding debtor and so for every financial asset there is a corresponding financial liability: financialization also means debtization of the economy.

Households have become more reliant on financial assets to obtain an income (interest, dividends and capital gains) and have increased their use of debt to fund education, healthcare, housing, transportation, leisure, and, more broadly, to maintain and grow their standard of living.

Nonfinancial businesses also have recorded a very rapid increase in financial assets in their portfolio and a growing use of leverage. Some of them, like Ford or GE (until recently), have a financial branch that provides more cash and cash flow than their core nonfinancial activity (Figures 11, 12). The counterpart of these trends has been a growing share of outstanding financial assets held by private finance (Figure 9). From the late 1960s, the share of financial assets held directly by households dropped significantly from about 52 percent to 30 percent. Instead, a growing share of assets has been held by private financial institutions, which went from 25 percent in the late 1940s to 40 percent right before the crisis. The rest of the world recorded most of the rest of the gains from 2 percent to 10 percent of U.S. financial assets. The share of national income going to the financial industry has also grown quite significantly after WWII (Figure 10). A first wave occurred in the 1950s and a second one in the 1980s and 1990s. Today, about 18% of national income goes to the financial sector, something not seen since the 1920s. 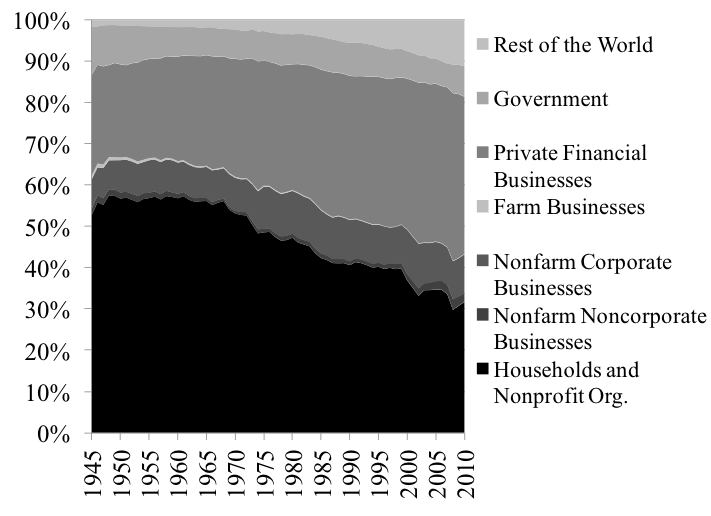 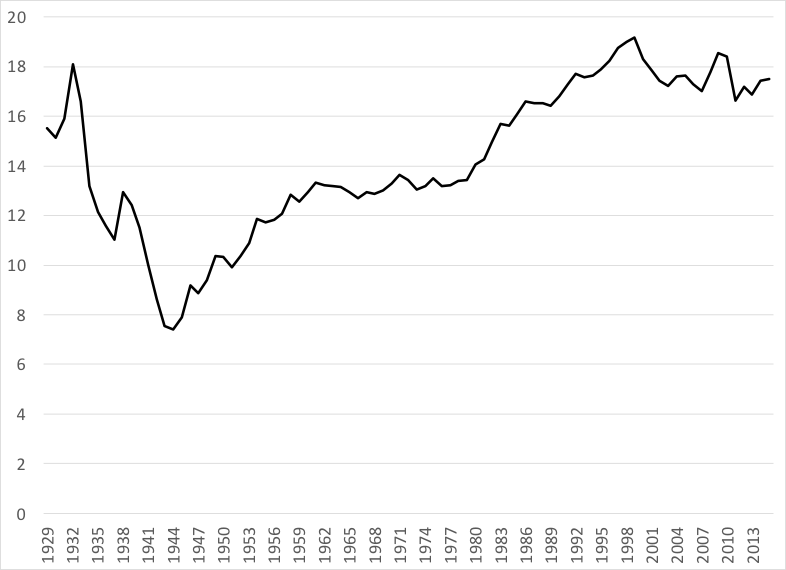 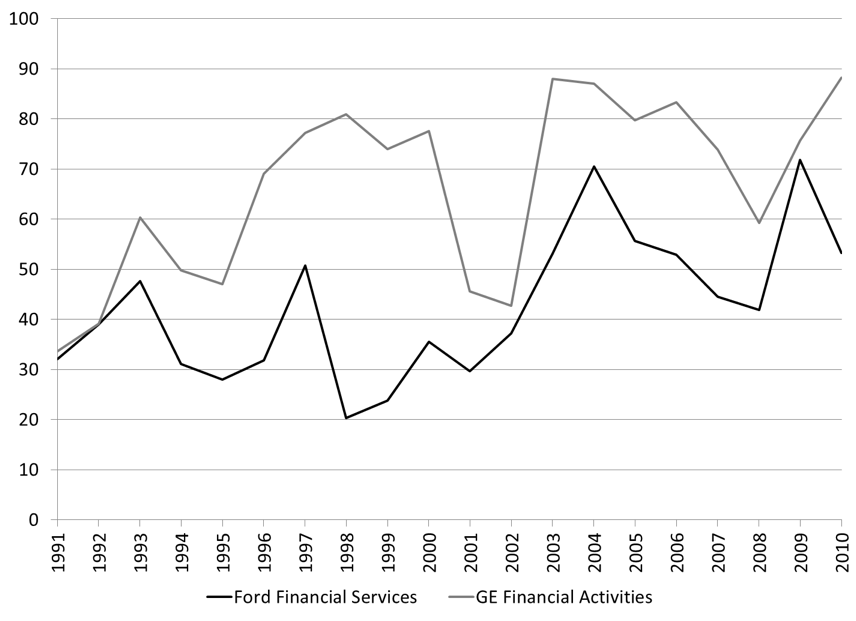 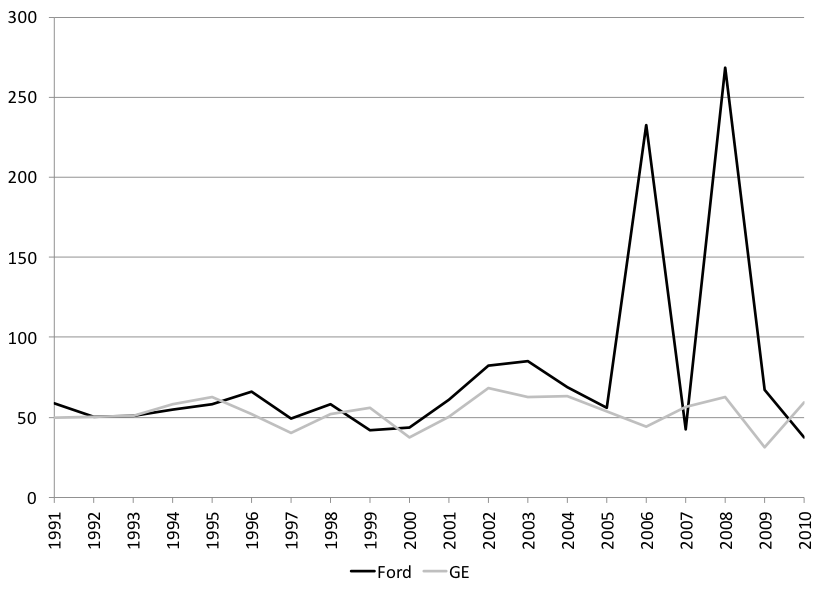 Done for today! Next post will start digging into the operations of commercial banks (it will be a long post…yes! this was a short post!).