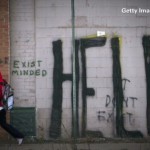 END_OF_DOCUMENT_TOKEN_TO_BE_REPLACED

An MMT vs Austrian Debate Post-Mortem Part III of V: Democracy, Taxes, and the Currency Monopolist

As mentioned at the end of the preceding section, Murphy’s major outstanding critique of the MMT analysis was that it presumed the existence of a state with a currency monopoly by virtue of its taxation power – or, as Murphy’s described it, MMT was “in favor of robbing liquor stores” in order to ensure a demand for its currency. In my opinion, this critique was underdeveloped, since it did not articulate why the problems identified were worse than the problems of any other feasible system.