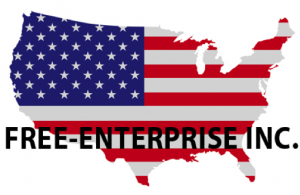 Please consider for a moment the existential dilemma posed by this logical absurdity—and what it says about the American free-enterprise system we’re so genuinely proud of.

What’s great about America is that everyone has the chance to earn a good life for themselves. All that’s needed is to get a good job to earn the money to pay for the things that make a good life. Once you get that job you can start earning your good life. America’s Catch 22, however, is that you’ve got to earn that good job before you can start earning your good life. The education required to get a good job—beginning with the pre-school day care that prepares you to succeed in public school so you can then qualify to pay for college or culinary or auto-mechanic school—that education package is the first “commodity” your good life requires you to buy. As already noted, the American free-enterprise system gives this “education commodity” a price tag that takes the average family about eighteen years of earnings to set aside for.

If you’re lucky enough to have a functional family that can earn and save for you, by the time you’re eighteen you should have enough to meet college tuition payments. Except now we realize there’s a good chance you might not have graduated from high school because your mom couldn’t afford the pre-school day care that might have taught you the early reading and learning skills that would have gotten you off to a running start in second and third grade, but without which you struggled, fell behind, and finally decided that school itself was for the birds because you couldn’t learn anything no matter how hard you tried, and it was easier just to be cool, although that, in itself, was a challenge that seemed to require buying things, which you couldn’t do since you couldn’t earn because you had no hope, really, of getting a job—so you might have been forced to take up shoplifting or petty burglary or worse, just to be cool, because if you couldn’t get an education and therefore a job so you could earn money to buy things to create a good life, the only thing left to strive for was just to be cool. And meanwhile, the rest of us are having to pay good tax dollars to catch you, prosecute you, and incarcerate you, which simply transforms you irrevocably into an angry human being whose chance at earning a good life has been utterly destroyed and wasted.

Even luckier, your mom decides to stay home during your formative cognitive years so she can read you storybooks on the sofa, and help you play alphabet building blocks on the carpet. Except, in that case, she hasn’t been able to earn anything in the free-enterprise system enabling her to put aside for your college tuition, and so—even though you really excelled in public school and are all excited about going on to university—there’s no money to buy the tuition with, in which case you become a customer of one of the more lucrative operations in the American free-enterprise system (the student loan business) and borrow the dollars for your college tuition, which means that when you finally graduate and get that good first job and start earning, a substantial portion of what you earn will have to go towards paying off your $29,000 student debt instead of buying the things for your good life. If you happen to marry someone in the same boat, your young, starting out family now has a combined debt of nearly $60,000—and you haven’t even bought anything yet! Which you won’t be doing anytime soon, either, because not only do you have pay back the $60,000 (plus interest and penalties) you have to start saving immediately for the day care expenses for your future toddlers (what else did you get married for?) which you’ll be forced to incur because staying home to read them storybooks is not an option since it’s going to take all of two incomes to pay off your college debt while at the same time saving for your kid’s future college tuition.

And what if you’re not even lucky enough to have a functional family?

The point could be made that it’s surreally illogical that a nation whose free-enterprise system is based entirely upon its citizens being able to earn Dollars would so intentionally hinder and hamper their ability ever to do so. If the free-enterprise system were viewed as a business itself, and it had one of those “old time” CEOs—the ones who genuinely wanted to guide their business toward a path of sustainable profits instead of short-term, bonus-generating revenues—it would seem self-evident that the VERY FIRST thing that CEO would insist upon is that every citizen, as soon as they are issued a birth-certificate, is enrolled in a very focused, comprehensive and absolutely FREE educational process (beginning with pre-school, early-learning day care, and continuing all the way through college or trade-school) the goal of which (obviously) is to generate as many citizen-earners as possible. The business motto would be “Every lost citizen-earner is a lost free-enterprise customer!” And the very first act of the new FREE education process would be the immediate pay-off all existing student debt.

No doubt there would be some board members of Free-Enterprise Inc. (FEI) who would raise the following objections:

“No! No! And no! Don’t you get it? Can’t you see beyond the end of your noses? Heaven help us! First of all, eliminating the earning power of some vast percentage of our potential customers just so some minor FEI subsidiary can make a profit on their struggles and dilemmas is contradictory to our basic business mission—which is, repeat after me, board-members: ‘to sell as much stuff to as many people as possible’, right?—which requires those people to become earners. If you are unable to comprehend and stick to that basic mission, then you have no place on this board of directors.

“Second, becoming educated, itself, is a big enough challenge that it is unlikely to induce people to a lazy dependency. Learning itself motivates greater learning, and also motivates putting that learning into action. And the idea that you have “learn” to borrow so you can get really good at it is absurd on its face. You can’t be a member of this board and think trash like that.

“And finally, the proposed “FREE” education program can be fully implemented WITHOUT spending a single tax-payer Dollar. All that’s required is simply passing a law directing the Central Bank and the Treasury to issue the fiat currency as needed to pay for it—just like we (most recently) paid for the Iraq and Afghanistan wars. And if the word ‘inflation’ is forming on your lips, please explain to me how helping more people to earn more Dollars by creating MORE goods and services is, in itself, going to lead to skyrocketing price increases. You can’t be a member of this board and think in such irrational ways as that.

“We’ll discuss sustainability and global warming at our next board meeting. For now I simply want to make sure we’re all on board with what our basic business mission is, and what the single most important component of that mission must unavoidably be.”

It would take a full generation for the CEO’s business strategy to produce the substantial results he (or she?) is envisioning. But much sooner than that—almost immediately, in fact—the lives of young American families would be dramatically improved: No longer burdened with the task of paying off their $60,000 student loans, they could start buying cars and refrigerators. They could even go ahead and start having children, secure in the fact that FREE early childhood learning and day care services would provide the option of continuing their young careers virtually uninterrupted. Best of all though: Our eight-year old little-leaguers will no longer have to start saving for the Day Care expenses of their future children. They can just focus on learning to catch fly balls.