The Way Out of Shutdown Shenanigans

Today, I received an e-mail from the Friends of (the very popular with progressives) Senator Bernie Sanders. In it the Senator says:

I’m joining with the members of Progressives United to send a clear message to President Obama that we will stand with him when he vetoes Republican legislation that attacks the well-being of the struggling middle class.

Join me and members of Progressives United to urge the president to VETO any Republican legislation that attacks working families.

NO to cuts in Social Security. NO to cuts in Medicaid. NO to converting Medicare into a voucher program. NO to new trade legislation that sends our jobs overseas and hammers our middle-class workers. NO to cuts to nutrition programs, education or environmental protection.

YES to raising the minimum wage. YES to a massive jobs program rebuilding our crumbling infrastructure. YES to transforming our energy system away from fossil fuels. YES to pay equity for women workers. YES to overturning Citizens United.

We already know what “compromise” will mean from a Republican Congress: their way or the highway. In order to win in the future, President Obama must stand strong for the American middle class, and we must support him.

END_OF_DOCUMENT_TOKEN_TO_BE_REPLACED

Warren Mosler tells a good story that shows how our economy works at its most basic level.

Imagine parents create coupons they use to pay their kids for doing chores around the house. They “tax” the kids 10 coupons per week. If the kids don’t have 10 coupons, the parents punish them. “This closely replicates taxation in the real economy, where we have to pay our taxes or face penalties,” Mosler writes.

END_OF_DOCUMENT_TOKEN_TO_BE_REPLACED

What Would You Have the President Do? Part II, Getting to Full Employment

Responding to a Post at Naked Capitalism by Michael Hudson with some additions by Yves Smith, a commenter, objecting to the criticism of the President’s Knox College speech, issued the challenge ”What would u have him do?” in connection with his promised effort to restore prosperity to the middle class and the poor. In this series I’m giving my answer to that question. In Part I, “Necessary First Moves,” I offered and described two of these. Ending the filibuster, and using High Value Platinum Coin Seigniorage (HVPCS) to fill the Treasury General Account (TGA) with $60 Trillion in reserves. END_OF_DOCUMENT_TOKEN_TO_BE_REPLACED

What Would You Have the President Do? Part I, Necessary First Moves

There were varying reactions to the President’s recent speech at Knox College this week. My reaction was that the speech was deeply dishonest in light of the President’s previous policies, actions, and results, and I intended to do a critique, but Michael Hudson and Yves Smith beat me to it. In a fine post at Naked Capitalism, entitled “Michael Hudson Shreds Obama’s Orwellian Speech On Middle Class Prosperity,” Michael Hudson, with occasional added comments from Yves, deconstructs the speech paragraph by paragraph, and sometimes line-by-line, pointing out disingenuous assertions and outright dishonesty. In her introduction Yves remarks on the context: END_OF_DOCUMENT_TOKEN_TO_BE_REPLACED

The Smart Bunny’s Guide to Debt, Deficit and Austerity: A Review

One of the most important parts of the collective effort to spread the good news about the Modern Money Theory approach to macroeconomics is popularization of MMT views. We need short simply-stated cultural artifacts that tell people what MMT has to say and what some of its policy implications are for fiscal policy that can deliver a greater measure of economic and social justice to people.

END_OF_DOCUMENT_TOKEN_TO_BE_REPLACED

Based on my new understanding of Fiat Money, I’ve concluded that it is both logical and desirable for the U.S. sovereign government to issue and spend MORE dollars than it collects back in taxes. Doing so accomplishes two fundamental goals:

It is time to come to terms with the fact that U.S. dollars are what economists call “fiat money”. Having acknowledged this—and it’s difficult not to accept it as true since the U.S. abandoned the gold-standard over forty years ago—it might be worthwhile to give some consideration to what “fiat money” actually is and the peculiarities of how it works. END_OF_DOCUMENT_TOKEN_TO_BE_REPLACED 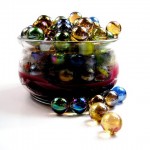