The first minimum wage laws in the U.S. were the result of a state-by-state effort in the Progressive era to secure a floor to a decent life to employed women and youth. The first of these was enacted in Massachusetts in 1912 and eventually led to the 1938 Fair Labor Standards Act, which instituted a minimum wage at the federal level.

The objective was fairness, economics opportunity, stability, and social cohesion. The problem was the unequal power between labor and capital—a rationale that even early neoclassical economists embraced on the grounds that it constrained labor’s bargaining power and reduced morale, productivity, and wellbeing. 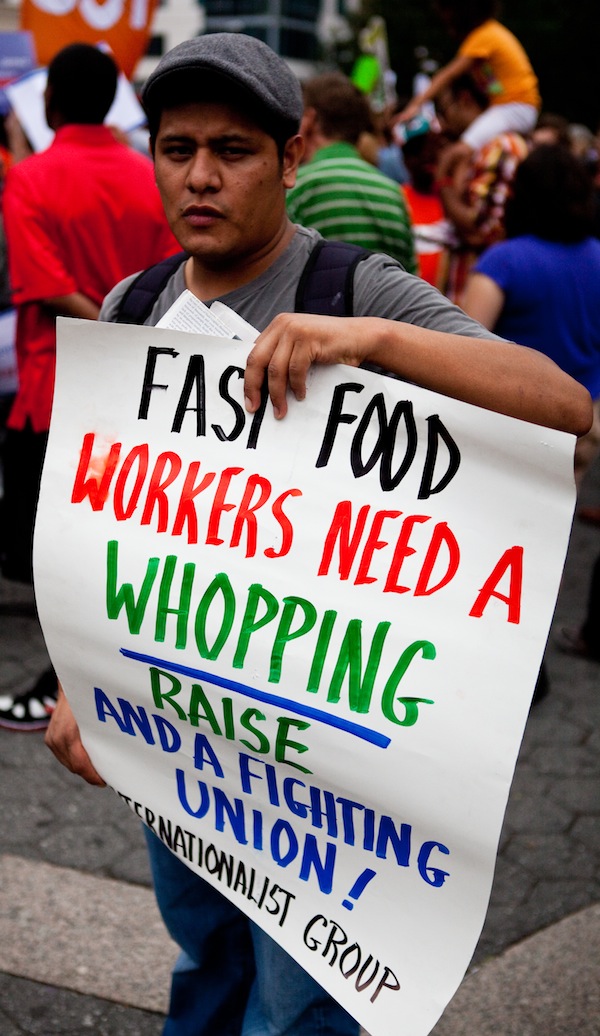 The solution was to set the “rules of the game” so that working women could support their families and young workers would not fall prey to discriminatory practices of their employers. In the absence of such rules, economists thought, the market mechanism wouldn’t work. Firms simply could not be counted on to self-regulate or reinforce these rules. The minimum wage movement required legislation.

The Supreme Court initially resisted and ruled that the state laws were unconstitutional, but states and organized labor prevailed, and by the time the New Deal rolled around, the Supreme Court had changed its mind. It had begun to work with a much broader definition of “the public interest” and supported various state legislations to protect the “welfare of its citizens.” It was understood that the wellbeing of workers served an important public purpose.

American economists – neoclassical and institutionalists alike – all supported the movement, the legislation, and the rationale. This wonderful excursion in the history of the minimum wage movement and the history of economic thought by Robert Prasch (1999) shows that economists in the U.S. were virtually unanimous in their support. The objections largely came from the British, notably from Professor Pigou, until another British economist, John Maynard Keynes, disproved his argument. Not only were the assumptions behind the labor market mechanism unfounded in Pigou’s analysis, but the notion that the minimum wage caused unemployment was also theoretically and empirically flawed. As Keynes, explained, reducing wages as a macroeconomic policy was a “method socially disastrous in the process and socially unjust in the result.”

A federally mandated minimum wage was not enough to secure fairness, economic opportunity, stability, and social cohesion. The missing piece was a policy for full employment – one that guaranteed jobs for all who wished to work. That came later with the work of John Maynard Keynes, John Pierson, William Beveridge, and others. All advanced specific policies for full employment that aimed to secure decent work at decent pay to anyone who was ready, willing, and able, regardless of whether the economy was reeling from a Great Depression or enjoying relative prosperity. The right to work was codified by the international community in the 1948 Universal Declaration of Human Rights and found a special place in Martin Luther King, Jr.’s “I Have a Dream” speech during the 1963 March on Washington for Jobs and Freedom.

The New Deal put full employment front and center on the policy agenda. Though it did not deliver a long-term job guarantee program, it boldly and successfully experimented with direct employment policies. The war mobilization delivered true full employment, but Keynes insisted that public policy could and ought to achieve the same in peacetime.

In 1949, the minimum wage nearly doubled at a time when the economy was as close to true full employment as it has ever been, and when direct job creation was the policy of choice to deal with unemployment. Full employment and high wages ushered in the Golden Age of the American economy.

Today we have neither. Mainstream economists have successfully convinced themselves and policy makers that true full employment is impossible and that the minimum wage is the root of all evil.

Jobs for all (via a Full Employment Program through Social Entrepreneurship, a Green Jobs Corp, or a Job Guarantee) and a doubling of the minimum wage is what the economy needs today. Keynes made the case, Martin Luther King, Jr. made the case, and the international community made the case.

Sometimes the good old ideas are the best new ideas.