The Radical Imagination: Imagining Economics in an Age of Stein, Clinton, Trump or Johnson

NEP’s Randy Wray appears on The Radical Imagination with host Jim Vrettos. Topic of discussion is the science of economics and what a U.S. economy will look like under the administration of Stein, Clinton, Trump or Johnson.

Posted on August 31, 2016 by Devin Smith | Comments Off on Robbing Banks

Nowadays we have zero prosecutions of any of the people that led the three fraud epidemics that drove this crisis. And now they are highly skilled and have seen that they can get away with financial murder. And so they are already back in the business, already selling other toxic stuff and they’re going to produce the next crisis…

You can listen to the podcast here.

Comments Off on Robbing Banks

The reporting of Susanne Craig of the New York Times and David Cay Johnston, who won a Pulitzer Prize for his reporting when he was with that paper, and has recently published The Making of Donald Trump, combine to allow us to draw a critical insight about Trump and Goldman Sachs.  From Susanne Craig, we learn:

[A]n office building on Avenue of the Americas in Manhattan, of which Mr. Trump is part owner, carries a $950 million loan. Among the lenders: the Bank of China, one of the largest banks in a country that Mr. Trump has railed against as an economic foe of the United States, and Goldman Sachs, a financial institution he has said controls Hillary Clinton, the Democratic nominee, after it paid her $675,000 in speaking fees.

Goldman Sachs is infamous for two things, both of them relevant here.  Its senior managers encourage the most incestuous of relationships between the government and the firm.  The revolving door is an exclusive penthouse elevator that rockets Goldman executives back and forth from positions of immense power in government and the firm.  As the then President of the Federal Reserve Bank of Kansas City (now, Deputy Chair of the FDIC) told a small group of us several years ago: “For the last 20 years we’ve been holding an auction to fill the position of U.S. Treasury Secretary – and of late Goldman Sachs has been winning.”

END_OF_DOCUMENT_TOKEN_TO_BE_REPLACED

Building on Keynes’ investment theory of the cycle, Minsky’s work suggests that the structure the economy becomes more fragile over a period of tranquility and prosperity. That is, endogenous processes breed financial and economic instability. While Minsky adopted Keynes’ “investment theory of the cycle”, he added a financial theory of investment, with a detailed exposition of the theory in his book John Maynard Keynes (1975), which put at the forefront the interrelation between investment decisions and the financial structure designed to allow economic units to take positions in assets by issuing debt. In this regard, debt accumulation is at the core of Minsky’s instability theory. His financial theory of investment incorporated Kalecki’s approach in which aggregate profits are created, mostly, by the autonomous components of demand (Minsky 1986, 1989). One can add to this analysis Godley’s three balances approach, which explores the interlinkages between the government sector, the private sector, and the external sector. This means that a surplus must be matched by an equal deficit and flows accumulate to stocks.

END_OF_DOCUMENT_TOKEN_TO_BE_REPLACED

Covering Up Whistleblowers’ Disclosures Should Be Illegal

James Stewart has written a column about Roger Ailes’ alleged sexual predation on female Fox News personnel over the course of many years.  He entitled it “Secrecy of Settlements at Fox News Hid Bad Behavior.”  Ailes was the CEO of Fox News.  I write to show how two concepts Stewart did not employ would aid the analysis and to suggest a fundamental change in the law that would make the world a far better place.

The two concepts I add to Stewart’s analysis are “control fraud” and whistleblowing.  Stewart’s column applies as its sole lens sexual harassment.  That is the obvious lens to employ and it is helpful.  By supplementing this lens, however, we can provide additional useful insights and frame generalized policies of broader applicability.

END_OF_DOCUMENT_TOKEN_TO_BE_REPLACED

The CEO’s Great Advice About Whistleblowers Never Mentions Them

The New York Times has a columnist who interviews business leaders.  He interviewed, Bracken Darrell, Logitech’s CEO in a column entitled “Be Sure to Tell the Boss What’s Wrong.”  When we, the co-founders of Bank Whistleblowers United, here a phrase like that our ears perk up.  It is exactly the right message the CEO should send.  The people who most obviously take that message to heart, in the most difficult circumstances for the employee and where following the CEO’s advice is most vital to the firm, are whistleblowers.  Despite the title of the article, and the famous role that whistleblowers played in disclosing the frauds that drove the most recent financial crisis, however, the CEO never mentioned whistleblowers.  The entirety of the discussion of basis for the title of the article is shown below.

END_OF_DOCUMENT_TOKEN_TO_BE_REPLACED

Posted on August 18, 2016 by Devin Smith | Comments Off on JMK Writings Project 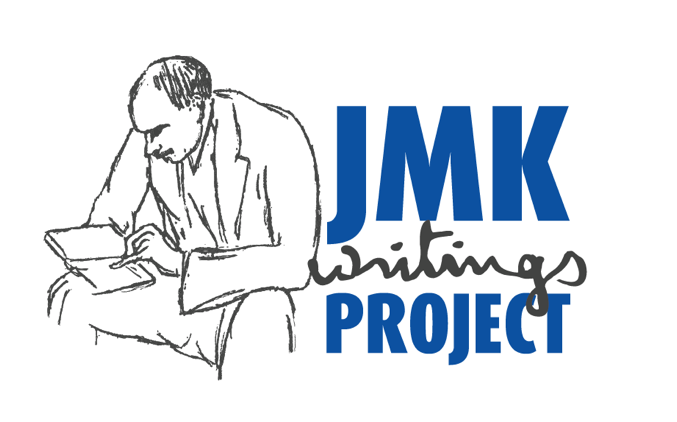 Professor Rod O”Donnell is currently engaged in preparing a major edition of the remaining unpublished writings of JM Keynes, of which there remains a HUGE quantity of valuable material scattered across many archives in several countries. Since standard sources of funds for this kind of research have dried up, he has turned to crowdfunding.

OVERALL AIM:  To complete the publication of ALL of Keynes’s unpublished writings of academic significance. Only about ONE THIRD were published in the Royal Economic Society edition. END_OF_DOCUMENT_TOKEN_TO_BE_REPLACED

Comments Off on JMK Writings Project

The Wall Street Journal’s Deputy Editor, Daniel Henninger, wrote an op ed dated August 10, 2016 designed to convince Republicans to hold their noses and vote for Donald Trump.  His means of attempting to convince them was conventional – play on their hate of Hillary Clinton.  Op eds need to be brief, so Henninger picked as his argument the single policy he felt would be most compelling to the paper’s readers.

It is a testament to how bizarre the WSJ editorial writers are and how bizarre they believe their readers are that Henninger chose as his most dreadful policy supported by Hillary that should enrage the paper’s readership – her opposition to rape.  The specific context was that she opposes the rape of coeds.

END_OF_DOCUMENT_TOKEN_TO_BE_REPLACED

Is the euro a foreign currency for peripheral Eurozone (EZ) countries? – Part 2

Posted on August 14, 2016 by Devin Smith | Comments Off on Is the euro a foreign currency for peripheral Eurozone (EZ) countries? – Part 2

Some considerations on the IMF’s Independent Evaluation Office (IEO) latest assessment on the handling of the euro crisis.

If decisive large scale interventions on the part of the Eurosystem would have been enough to quell financial panic –along with the strategic functioning of the EZ large transactions payment platform, Target2, allowing capital repatriation by core EZ financial agents- the IMF should not have had a role in the crisis resolution process to begin with. The IMF is brought in when a country is in need of foreign reserves to bridge temporary difficulties in the balance of payments or when debt restructuring is imperative. The first case does not apply to any of the main three EZ countries that turned to the IMF for assistance, since the large majority of capital outflows were to EZ partners, and in any case almost all liabilities were euro denominated.  END_OF_DOCUMENT_TOKEN_TO_BE_REPLACED

Comments Off on Is the euro a foreign currency for peripheral Eurozone (EZ) countries? – Part 2