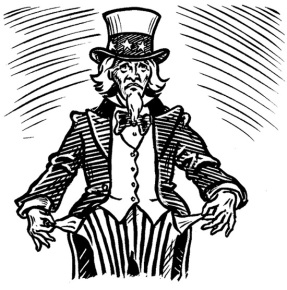 END_OF_DOCUMENT_TOKEN_TO_BE_REPLACED

A Scribbler’s Response to Marc Lavoie on MMT

Posted on December 14, 2011 by admin | Comments Off on A Scribbler’s Response to Marc Lavoie on MMT

Recently the eminent monetary economist Marc Lavoie published a paper engaging with Modern Monetary Theory (MMT). The paper was interesting for a number of reasons, not least the discussion of the European banking system; speculation about which in the media has generated much mythology in the past few months.

Lavoie is largely supportive of MMT and sees it as being essentially correct. However, he also finds that it has much ‘excess baggage’ that he thinks it needs to do away with. At the same time Lavoie notes that MMT has succeeded in appealing to a broad non-academic audience (Naked Capitalism being mentioned by name) which post-Keynesian economics has so far failed to do.

Unfortunately, Lavoie does not consider that what he calls the ‘excess baggage’ of MMT may well be the reason for its embrace by non-academics. In this Lavoie may well be sidestepping the underlying ideological issues that must be taken into account when considering the embrace of a given economic doctrine.

While I will not go into too much detail about the arguments that Lavoie raises in what follows (the interested or critical reader can weigh my assertions against Lavoie’s paper themselves if they wish), I can sum up Lavoie’s gripes with MMT quite easily: he distinguishes between where the MMTers see what ‘is’ and where they see what ‘ought to be’.

This distinction revolves around the consolidation of the government sector in MMT – which basically means that the MMTers claim that it is theoretically valid to see the Treasury and the Central Bank as a single entity which they refer to as ‘the government’.

Lavoie raises criticisms against this which have been raised oftentimes in the past before – not least by the MMTers themselves. Basically what he is saying is that many governments that operate under their own currencies create institutional arrangements that separate the actions of the Treasury and the Central Bank.

This may seem like a nuanced point to the outside observer, but much of the MMTers rhetoric about taxes not funding spending and about governments spending by crediting bank accounts flows from here. If we accept a strict division between the Treasury and the Central Bank we can no longer make certain rhetorical claims about how the monetary system works.

MMTers consider the institutional arrangements facilitating such divisions to be ‘voluntary restraints’ imposed by ill-informed central bankers and policymakers and in this, so far as I can tell, Lavoie does not disagree. But this is where we see a distinction between what ‘is’ and what ‘ought to be’.

In academic fashion Lavoie insists that we must simply describe existing institutional arrangements and we should not prescribe what we think should, in fact, be the case. And it is on this point, I think, that he is fundamentally in disagreement with the MMTers.

MMT as a political program

My central point is that it is such rhetoric that gives MMT its strength. Ideally, MMT would like to see these constraints – which are weak and fairly inconsequential anyway –be done away with as they are viewed as leftovers from the gold standard-era. With these constraints out of the way all the MMTers rhetoric would be perfectly true.

Every heterodox economist should recognise what gives neoliberalism its strength. It is not its perfect logical consistency or fidelity to the real world (far from!), but its prescriptive capacity. It has, since the mid-1970s, given policymakers the world over – from both the right and the so-called left – a prism through which they could view the world. MMT turns this prism upside-down and that is what makes it so appealing to people who have seen the world economy led into such destruction through misguided neoliberal ideology.

Neoliberalism operates in a very similar manner to MMT in that it essentially gives policymakers a vision for what the world should be like and a toolkit to achieve this. In this regard MMT is far more humble and, rather than chasing the spectre of self-equilibrating markets or some other such imaginary entity, it merely asks that we reform the monetary system so that a functional finance approach can be taken to policymaking.

In this, MMT sees a far more stable and prosperous world in which policymakers understand that, among other things, taxation should be used as a means to stabilise aggregate demand rather than to raise funds for government spending. Without changing the very terms of debate – as the MMTers seek to do – such would be impossible, as it is clear to anyone today that politics is largely dominated by soundbites and ideology.

In my experience MMTers are aware of this and in this they are far more politically savvy than their academic post-Keynesian colleagues. If the frame of reference is not changed there is simply no hope that we can ever change the direction taken by government.

Policymakers and opinion-makers (and many economists) are not rational people. When they hear the term ‘government spending’, for example, it triggers a reflex in their mind that activates the term ‘inflation’. This is never going to be changed through rational argument – as I said a moment ago: these are not strictly rational people. Instead it has to be changed by shifting the very terms of debate.

In the past politically savvy economists recognised this. Certainly Keynes spent as much, if not more of his life trying to shift the terms of debate than he did writing academic treatises. And Abba Lerner, I think, was clearly aware of this need – and this was one of the reasons for formulating his functional finance approach (note that when examined carefully, this approach is mainly about a change in nomenclature rather than a new theoretical approach).

Where does post-Keynesianism fit in?

Post-Keynesian economists must be praised with being easily the most rational in their discipline. They should also be credited with doing some of the most impressive work undertaken in many fields – from theories of capital to monetary economics. However, they have failed to reach an audience beyond their own immediate group. Indeed, they have failed to even have their critiques and constructions taken seriously by their own colleagues and, from the point of view of an outside observer, seem to spend a great deal of time squabbling amongst themselves (which is probably more so an effect of isolation than a cause).

Every one of them can formulate a reason why this has been the case. And I suspect many will think that politics and ideology plays more than a minor role. If they are smart they will see in MMT something that they can hang their flag on – and, possibly, have their theories taken seriously by the mainstream.

Already MMT oriented blogs have begun to pay attention to post-Keynesian theory more generally (I wrote a popularised exposition of the Kalecki profit equation for this site, for example) and things will likely continue in this direction given MMT’s ever-growing popularity.

Put simply: the shift from a broadly defined post-war Keynesianism to neoliberalism was long and complex, but it was undoubtedly a key feature that its main proponents (especially Milton Friedman) had a clearly defined ideological program for governments. This program – based as it was on tenuous assumptions and philosophical trickery – now lies in ruins and there stands nothing ready to take its place.

Something will have to step in to fill this intellectual vacuum and I suspect that, should the academic cloisters be left to themselves, I can confidently predict what this ‘something’ will be: namely, a new Samuelsonian Keynesianism that will be as weak and as watery as its post-war cousin (most likely with someone like Paul Krugman as its leading media light). If this occurs all the fine work of the post-Keynesians will again be confined to the dustbin of history and the ISLM model – which Lavoie rightly presents in the paper as the guiding principle for the majority of the profession – will remain king.

When Friedman stepped into the breach he was largely ignored by his colleagues. “Keynes,” they all assured themselves confidently, “had proved him wrong years ago”. But through a careful refining of his message – together with a formulation of a broad new program for society – he found himself well-placed to fill the intellectual vacuum leftover from ISLM-Keynesianism in the inflationary 1970s (even though, in retrospect, his arguments were at best a sideshow as to what were truly the causes of the inflations of the 1970s).

It was the moral clarity that Freidman gave that found him an audience. And while the MMTers (thankfully) do not construct the sorts of metaphysical systems that Friedman peddled, they do allow us to once again raise fundamental questions about the role of government in advanced capitalist economies. They allow us to raise these questions in a fundamentally popular, interesting, but also eminently post-Keynesian way. To retreat from this because MMTers currently have no say in obscure institutional practices between certain Treasuries and their Central Banks, is a gross error; the equivalent of Freidman fleeing from his prescriptions for controlling the money supply because central bankers were then not adopting this approach.

For too long one gets the impression that, closed in upon themselves and shunned by the outside world, the point of being a post-Keynesian was to win the argument. Today, as this fine tradition gradually emerges from out of the shadows, the point is to win more generally. And one cannot win unless one has a clearly formulated game plan. MMT is the only positive game plan currently being put forward.