END_OF_DOCUMENT_TOKEN_TO_BE_REPLACED

Money and Banking—Part 18 (A): Overview of the Financial System: A World of Promises

Due to the size of this post, it was split in two. You can find Part B here.

The M&B series is back! The goal is to finish the first complete draft of the book by the time I need to teach my Money and Banking course. Over the coming months, the following topics will be covered.

With these new sections and the seventeen other chapters of the book (which I have already rewritten in part to take into account feedbacks from my students), one should have a solid alternative preliminary text (let me know if I should cover more topics). The incomplete draft was well received by my students and has been downloaded over 8000 times as of May 2017.

END_OF_DOCUMENT_TOKEN_TO_BE_REPLACED

FBI Investigations Are Conducted at the Discretion of its Director

Posted on May 29, 2017 by Devin Smith | Comments Off on FBI Investigations Are Conducted at the Discretion of its Director

NEP’s Bill Black talks to The Real News Network and explains the history and dynamics of FBI investigations, which show that they are not as unstoppable or unimpeachable as they are being made out to be. You can view with transcript here.

Posted on May 19, 2017 by Stephanie Kelton | Comments Off on Announcing the First International Conference on Modern Monetary Theory

Economics for a New Progressive Era 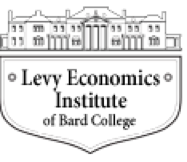 Call for Papers. Submissions are welcome on any aspect of Modern Monetary Theory, such as: fiscal policy, economic development, employment policy, framing and marketing of MMT, taxation, inflation and reforming the financial system. Please send your individual abstract (200 words max) or panel submission with a short description before June 15 to [email protected].
We look forward to seeing you there!

NEP’s Bill Black appears on The Real News Network discussing Trump’s appointment of Craig S. Phillips, who contributed to the 2008 financial crisis at Morgan Stanley, to take care of FannieMae and FreddieMac. You can view with a transcript here.

Announcing the New Map of New Deal New York
Two years in the making, The Living New Deal’s newest publication, a “Map and Guide to New Deal New York,” highlights nearly 1,000 public works throughout the five boroughs and describes 50 of the city’s notable New Deal buildings, parks, murals, and other sites and artworks. The 18 x 27 inch, multi-color map folds to pocket size, while three inset maps offer walking tours of the New Deal in Central Park, and Midtown and Downtown Manhattan. Beginning this week, The Living New Deal will host events in Manhattan to celebrate the map—and New Deal New York at large. You can purchase the map, and a poster of it, here.

Culture and Space: A Case Study of the New Deal at UNC
More than any other era in US history, the New Deal supported the development of new work in the arts. Two scholars at the University of North Carolina have compiled, “The Forest Theatre, Expressive Landscape, and the New Deal at UNC Chapel Hill,” a bibliographic essay exploring the relationship between New Deal structures and cultural projects at that campus, with special focus on the relationship between space and performance undertaken at the Forest Theatre. The essay suggests potential avenues for further research into the New Deal, emphasizing the politics of place and the arts, during the New Deal era. Read the entire essay.

Provided by: The Living New Deal

Comments Off on The Living New Deal