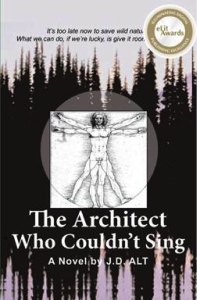 The Architect Who Couldn’t Sing, by NEP essayist J.D. ALT  has been awarded an eLIT gold award for 2012. The book, which is also available in paperback, makes the case for directing sovereign spending toward a specific kind of infrastructure Alt calls an “Enabling Structure”. Almost exactly a year ago, he introduced the concept of “Enabling Structures” in his first NEP essay Playing Monopolis Monopoly. In that essay, they were playfully represented as a second level to the Monopoly game board, but they are, in fact, an actual architectural concept Alt has been pursuing for many years. END_OF_DOCUMENT_TOKEN_TO_BE_REPLACED

This article begins a project to critique the work by economists concerning regulation that has led to the award of Nobel prizes.  The prize in economics in honor of Alfred Nobel is unique.  It is not part of the formal Nobel Prize system.  It was created by a large Swedish bank and it is the only “science” prize frequently given to those who proved incorrect.  The theme of my series is how poorly the work has stood the test of predictive accuracy.  Worse, it has led to policies in the private and public sector that are criminogenic and explain our recurrent, intensifying financial crises.