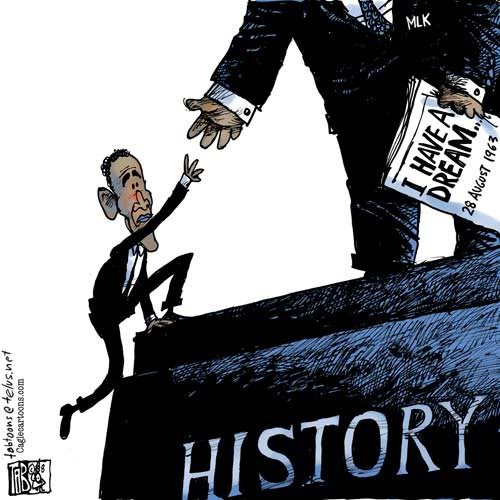 White House Press Secretary Jay Carney recently explained President Obama’s “singular concern, which is that the outcome of the deficit reduction talks produce a result that significantly reduces the deficit while doing no damage to the economic recovery and no damage to our progress in creating jobs.”

Great. And I want to go on a donut diet and shed ten pounds.

Suppose the government decides to cut spending by $100. This means that someone in the private sector is receiving $100 less than they were getting before the government tightened its belt.  Ordinarily, we would expect this to generate an even bigger drop in GDP, as the decline in income leads to multiple rounds of contraction due to the effect of the multiplier.

For those that need a refresher, the multiplier is given by (1/1-b), where b = the marginal propensity to consume (MPC) or:

This means that we also have a marginal propensity to save, which is given by:

The MPS shows how saving changes in response to a change in disposable income. Like the MPC, the MPS is expected to be greater than zero but less than one. And, since you can only do one of two things with your disposable income – spend or save – the MPC and the MPS must always sum to 1. This is all basic Econ 101.

So let’s suppose that the MPC = b = .90, which means that people tend to spend, on average, $0.90 out of each additional $1.00 of income they receive. The other $0.10 is added to their savings. Now suppose that the government reduces its spending by $100. What will happen to economic activity as measured by output (Y) ?

After multiple rounds of spending reductions (the multiplier at work), output falls by $1,000. Ouch!

But the president is looking for ways to reduce the deficit without damaging the recovery or destroying jobs. So maybe a tax increase is the way to go. Let’s check.

A tax increase means less disposable income , and this means less spending by consumers. As before, a reduction in spending by one party (in this case the private sector) will result in several rounds of additional cuts, because of the multiplier effect. We can use the following equation to measure the macroeconomic effect of a change in taxes.

The large bracketed term is the tax multiplier, and it is used to demonstrate the macroeconomic effects of an increase/decrease in taxes. Since the president is trying to reduce the deficit, we should consider the effect of a $100 increase in taxes. If the MPC = b = .90 as before, we get:

In this example, output falls by $900, better than the previous outcome, but still not what Obama is looking for. So the challenge remains: How can the government reduce the deficit without negatively impacting economic activity?

What does this mean? A negative propensity to spend means that people would spend more if the government raised taxes and reduced their incomes:

Under these circumstances, the economy would benefit from, say, a $100 tax increase, because households would spend more even though their incomes were falling:

Similarly, if the government cuts spending where there is a negative propensity to save, then output and employment will increase even as the government tightens its belt.

But a negative propensity to save means that the MPC >1 because the MPS < 0 and they must sum to 1:

Under these conditions, a $100 cut in government spending results in:

But what are the chances of this happening in the real world?  Probably zero. Spending cuts and tax increases reduce private sector incomes.  And the private sector isn’t going to celebrate the loss of income by going on a shopping spree.

The bottom line is this: As long as unemployment remains high, the deficit will remain high.  So instead of continuing to put the deficit first, it’s time get to work on a plan to increase employment.

If you think you can cut the deficit without destroying jobs, dream on.