The Road To COP21: Where is the “Locus of Control” of Effective Climate Action?

In the next several weeks, I will attempt through this series “The Road to COP21” to outline key issues facing policymakers and activists as they converge on Paris at the UN’s Conference of the Parties-21 starting on November 30th and possibly culminating in a global climate treaty by the end of the conference on December 11th.  COP21 is being viewed as a last chance for humanity to seriously address climate change in concert and thereby face humanity’s most serious and ominous existential crisis.  Human survival as a species may very well be at stake.

With the approach of COP21, policymakers and activists concerned about the climate will have a series of choices to make, choices perhaps that will seal the fate of humanity as a species.  These decisions will be influenced by the participants’ pre-existing or emerging ideas about who or what are the central players or forces in effective climate action and which are the social-political-economic dynamics that they will initiate or continue to maintain.  Alternatively if those participants are not sincerely concerned about the fate of humanity as regards climate, they may simply enact “some” climate policy as a fig-leaf or showpiece.  Seriousness, sincerity, and clear-headedness, would seem to be prerequisites for, at COP21 and surrounding events, both a successful negotiation as well as a design of an effective new international system to reduce human-caused warming emissions eventually to net zero or less.  So for the moment, in this discussion here, I’m going to assume that there are at least some people in positions of influence (a very large group) or political power (a few people) who sincerely want to cut emissions to stabilize the climate, employing a variety of means.

END_OF_DOCUMENT_TOKEN_TO_BE_REPLACED

Book Review:
Naomi Klein’s This Changes Everything: Capitalism vs. the Climate

This is the first of at least two book reviews that I am planning to write about Naomi Klein’s important and occasionally frustrating, quite-large book (466 page) This Changes Everything: Capitalism vs. the Climate (which I will abbreviate as TCE). The reasons for more than one book review are several. TCE contains a number of important ideas and insights that are not tightly tied together in one argument. Naomi Klein happens to be one of the more politically-savvy and widely-read public intellectuals currently writing about social, political, and economic issues and TCE dives into a central complex of issues surrounding the gravest and most massive challenge we face as a species, the fight against human-caused climate change. Her previous work in Shock Doctrine and related articles, is “must-read” if you want to understand the predatory nature of neoliberal elites, a feature of our current age which she at least popularized, if not discovered. Naomi Klein is also a leading activist on this and other issues, including her work with 350.org and help in co-planning the People’s Climate March in September of this year. The book is varied in content and focus, therefore the plan to write more than one review of the book, rather than write one very long one.

END_OF_DOCUMENT_TOKEN_TO_BE_REPLACED

What are the Motive Forces for Effective Climate Action?

If you might want or need something to happen very badly or urgently that was debatably in your power to influence or effect, the chief rational approach you might choose would be to attempt to understand what are the causal forces or conditions that lead that thing to happen.  The alternatives are forms of magical thinking or prayer to assumed-to-be more powerful, perhaps supernatural, beings.   As the domain of effective and timely action on climate is largely within the domain of human beings’ ability to choose and influence others’ choices and such action is considered by increasing numbers of people to be highly desirable, one would think that substantial groups of social scientists would be making their best efforts to figure out how to “make climate action happen”.   Even if you were not an intense partisan of a particular outcome, as the scenario above suggests, if you were just a scientist or seeker of knowledge of some type, you would also want to understand motive forces, so as to predict future outcomes and make your scientific knowledge of some use to human beings.  This is the study of dynamics, how things change over time.

END_OF_DOCUMENT_TOKEN_TO_BE_REPLACED

Posted on October 2, 2014 by Michael Hoexter | Comments Off on Effective Climate Action is a Building Project 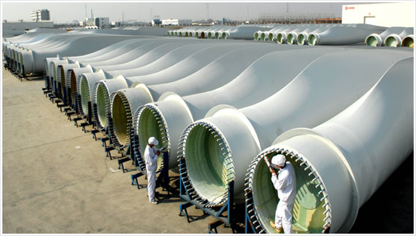