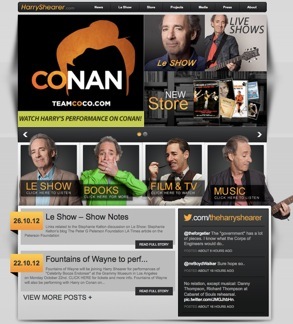 Stephanie appeared on Le Show with Harry Shearer on  Sunday, October 28, 2012. The archive is available through Harry’s website which you can reach by clicking the image or here.