Michael Hudson was interviewed recently on Democracy Now! with Amy Goodman. See below. 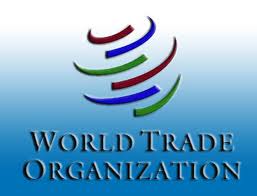 Greetings from Quito, Ecuador!
Introduction: The SDIs Pose Systemic Risks
This article makes the policy case that U.S. subsidies to its systemically dangerous institutions (SDIs) violate World Trade Organization (WTO) principles. The WTO describes its central mission as creating “a system of rules dedicated to open, fair and undistorted competition.”  There is a broad consensus among economists that the systemically dangerous institutions (SDIs) receive large governmental subsidies that make “open, fair, and undistorted competition” impossible.  To date, WTO is infamous for its hostility to efforts by nation states to regulate banks effectively.  At best, the result is a classic example of the catastrophic damage cause by the “intended consequences” of the SDIs’ unholy war against regulation.
There is broad agreement among economists that the U.S. provides extremely valuable subsidies to the SDIs and that these subsidies have disastrous consequences.  Neither major Party in the U.S., however, is willing to end the SDIs or even subject them to effective regulation.  I propose that Latin America take the lead in demanding that the WTO live up to its stated mission and stop the massive governmental subsidies that the rent-seeking SDIs have extorted through their political power and their ability to hold the global economy hostage.  It would be a irony of cosmic degree if the WTO, among the SDIs’ most consistent allies were to find the SDI subsidies to violate U.S. treaty obligations.  (The same argument can be made against other nations that subsidize their SDIs, but some of the best data on the magnitude of the subsidies and the damage they cause is available now in the United States.

The revolutionary nature of their logic is all the greater because their logic suffers from a devastating blind spot.  Once that blind spot is removed their logic invites the reader to look behind the edifices and see that the modern “free market” economy is a Potemkin prank.  The authors provide a superb example of why James Galbraith’s titled his most recent book The Predator State: How Conservatives Abandoned the Free Market and Why Liberals Should Too.  The irony of modern “capitalism” is that its leaders are the CEOs running the SDIs and, as the authors demonstrate, SDIs inherently make it impossible for markets to be “free”, efficient, or sound.  The SDI CEOs that dominate our economy and government are implacable foes of real markets.  Their bleating about the wonders of the markets is a cynical sham designed to block effective regulation.  They oppose effective regulation precisely because it would create more competitive markets.  They hate free markets.  They want rigged markets that ensure they will destroy any honest competitor.

The SDIs’ CEOs are not risk-takers.  They seek a sure thing.  Risk-taking is supposed to be the essence of capitalism.  The Stern authors’ case study provides yet another example supporting Robert Prasch’s insights about risk.  His classic 2004 article is entitled “Shifting risk: the divorce of risk from reward in American capitalism.”  In 1993, George Akerlof and Paul Romer authored the most important economics paper on financial crises, entitled Looting: the Economic Underworld of Bankruptcy for Profit.  Akerlof & Romer explained the ultimate separation of risk and reward – what criminologists now term “accounting control fraud.”  Akerlof & Romer explained how financial CEOs used accounting fraud to make record reported profits a “sure thing” (p. 5).  The record, albeit fictional, reported profits were certain to make the CEO and his confederates wealthy through modern executive compensation.  The bank was guaranteed to fail.  The only question was how soon it would fail.

SDIs are Expert at Evading Rules with Impunity

The Stern (2011) authors explain that the SDIs first corrupted the Basel II rules on bank capital requirements (the regulators made them partners in creating the rules) and then used Special Investment Vehicles (SIVs) to evade even the weakened capital requirements.  The authors aruge that the SIVs, corrupt credit rating agencies, weakened capital requirements, and the death of private market discipline led to obscene levels of leverage.  Leverage, of course, is debt and debt means creditors.  Prior to the crisis, Judge Easterbrook & Professor Fischel claimed that extreme leverage guaranteed that accounting control fraud could not occur.  SDIs can afford to hire armies of professionals whose task is to create opaqueness and complexity for the express purpose of defeating even vigorous regulators.  The SDIs are “too big to regulate.”

The SIVs raise a broader point that I will only mention due to the length of this paper.  The entire shadow banking system is another area of implicit governmental subsidy and such subsidies should be prohibited under WTO rules.  The subsidies include the avoidance of taxes, another practice that is a defining element of U.S. SDIs.  Most disturbingly, the shadow banking system is the source of many efforts to manipulate commodity prices – including food – which imperils hundreds of millions of people in less developed nations.  These efforts at manipulation make markets far less efficient, so there is no excuse for the allowing these murderous manipulations to continue.  The WTO should act with no bureaucratic delays as a scourge against these subsidies to the shadow banking system.

The Bailouts of SDIs Have Increased the Subsidies

Again, due to concern for length I will simply make the observation that virtually all the U.S. efforts to bail out the SDIs (including quantitative easing) constituted increased subsidization of the SDIs.  If the U.S. will only act to make the subsidies worse, then the WTO must act, and for the WTO to act a member nation must bring a complaint against the U.S. subsidies of the SDIs.

WHAT IF THE POPULATION REFUSES TO ACCEPT SOVEREIGN CURRENCY: RESPONSES TO MMP BLOG #9

Another good set of comments. Either my readers are getting a heck of a lot smarter, or I’m getting better at explaining MMT. As usual, let me group responses by topic.