Posted on March 30, 2011 by admin | 1 Comment
The Department of Economics at Hobart and William Smith Colleges (HWS) will welcome to campus William K. Black, a renowned bank regulator, lawyer and author, who will discuss financial fraud as well as the world’s current financial crisis. The talk will be held at 4 p.m. on Friday, April 1 in Albright Auditorium. 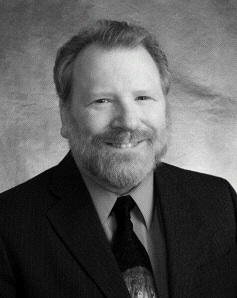 A professor of economics and law at the University of Missouri-Kansas City, Black teaches white-collar crime, public finance, antitrust, law and economics. He is the author of “The Best Way to Rob a Bank Is to Own One: How Corporate Executives and Politicians Looted the S&L Industry,” called “a classic” by the Winner of the 2001 Nobel Prize in Economics, George Akerlof.
“Black developed the concept of control fraud – frauds in which the chief executive officer or head of state uses the entity as a ‘weapon,'” says Black’s website, also noting that control frauds cause greater financial losses than all other forms of property crime combined.
Black also recently helped the World Bank develop anti-corruption initiatives and served as an expert for the Office of Federal Housing Enterprise Oversight in its enforcement action against Fannie Mae’s former senior management.
In examining the causes of the financial crisis in the fall of 2008 that led to the recession, The Financial Crisis Inquiry Commission concluded the “financial crisis was avoidable. The crisis was the result of human action and inaction, not of Mother Nature or computer models gone haywire.” To this point, Black argues that, “standard economic policies create a criminogenic environment that fosters perverse incentive structures and large-scale criminality, or control fraud, whereby a person in control of a seemingly legitimate corporation or government agency uses it as a weapon to defraud.”
He points to errors he sees in previous administrations’ efforts at banking regulation. “The recent epidemics of accounting control fraud, the creation of the largest bubble in history, and the Great Recession could not have occurred if the Clinton and Bush administrations had actually learned a great deal about what works and what fails in regulation,” Black argues.
Looking comparatively at the criminal convictions stemming from the savings and loan crisis of the 1980s and the recent financial crisis, Black points out, “If you go back to the savings and loan debacle, we got more than a 1,000 felony convictions of the elite. These are not, you know, tellers or something. We today have zero convictions, zero indictments, zero arrests of any of the elite, non-prime lenders that, through their fraud, drove this crisis.”
Black has taught previously at the LBJ School of Public Affairs at the University of Texas at Austin and at Santa Clara University, where he was also the distinguished scholar in residence for insurance law and a visiting scholar at the Markkula Center for Applied Ethics. He earned his A.B. at University of Michigan, J.D. at University of Michigan Law School and Ph.D. at University of California at Irvine.
“Dr. Black’s visit to campus, thus, represents a unique opportunity for students, faculty and staff of the Colleges and interested community members to understand key current issues such as financial reform, regulation and supervision and their implications for the U.S. economy,” says Assistant Professor of Economics and host of the event Felipe Rezende.


p.s: This event will be videotaped and the link to it will be posted as it becomes available.

One response to “Fraud and Financial Crisis”