My Unpublished Letter to the Editor of the NYT 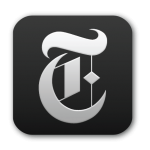 I submitted the following Letter to the Editor in response to Annie Lowrey’s July 4 article on Warren Mosler and MMT.  The Times chose not to run it.  So I will.

Thank you for alerting your readers to the growing impact of the anti-austerity branch of economics known as MMT. More than a decade ago, Warren Mosler challenged the economics profession, insisting that the U.S. would be a far more prosperous nation if we stopped basing our fiscal and monetary policies on macroeconomic theories that were designed for a country whose currency was still tied to gold. I was among the first wave of academic economists to reach agreement on this point. Now hundreds of articles, book chapters and conference presentations later, the ideas have spread well beyond the ivory towers. Tens of thousands of professionals in finance, business, government, etc., many of them formerly self-proclaimed deficit hawks, now champion Warren’s insight that our fears about debt and deficits are based on a failure to understand how modern money works–and that it’s holding all of us back.